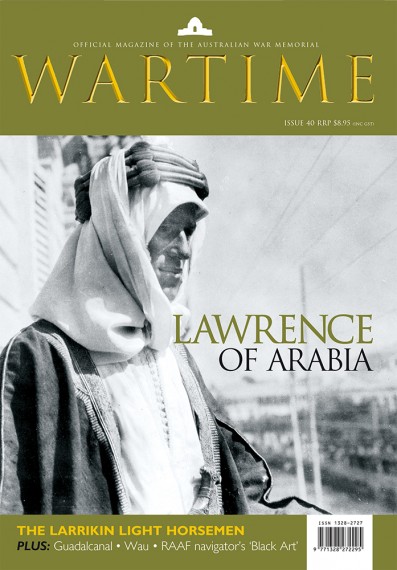 Lawrence of Arabia and the Light Horse.
One of the great legends of the war in the desert and the role of the Australian Light Horse is reviewed in this special section.