Candour: stories in the words of those who served 1914-18

Department of Veterans' Affairs in conjunction with the Australian War Memorial SHOP:9780648282440 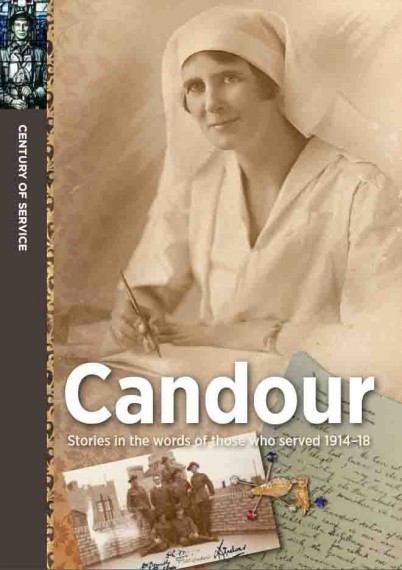 In the Hall of Memory at the Australian War Memorial in Canberra there are 15 stained-glass windows. Each shows a figure dressed in military uniform, and under each figure is a word which describes a quality displayed by Australians during wartime.

One window features a signaller and an open flower. He represents the frank and honest way in which Australians have told the stories of their wartime experiences.

This window bears the word Candour.

Candour: stories in the words of those who served 1914-18 is an education resource produced by the Department of Veterans' Affairs in conjunction with the Australian War Memorial. It tells the stories of Australian men and women who served in the First World War, stories which have largely been told in their own words from their diaries, postcards, and letters. Their expressions, recollections, and vernacular provide a window into another time and place.