More than Bombs and Bandages 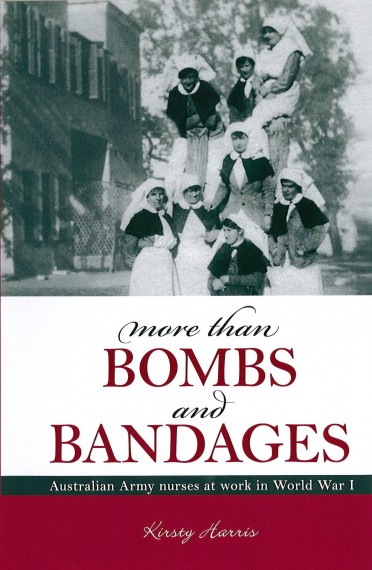 Australian Army nurses at work in World War One.

More than Bombs and Bandages offers an intriguing, and gut wrenching insight into the work of the Australian Army Nursing Service (AANS) during the First World War. Accomplished historian Kirsty Harris exposes the false assumption that military nurses only nursed. Her writing is far removed from the ‘devotion to duty’ stereotyping, and instead provides interesting and fresh perspectives on topics including the key differences between civilian and military nursing, working with other allied nursing services, and the impact of war wounds and war-based diseases on nursing work.