Curiosity: stories of those who report during wartime

Department of Veterans' Affairs in conjunction with the Australian War Memorial SHOP:9780987615176 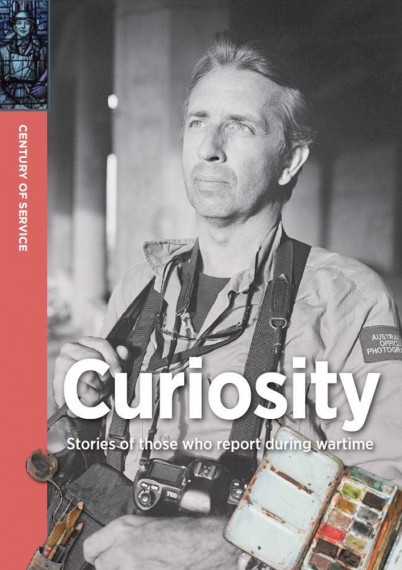 In the Hall of Memory at the Australian War Memorial there are 15 stained-glass windows. Each shows a figure dressed in military uniform, and under each figure is a word which describes a quality displayed by Australians during wartime.

One window features an infantryman wearing a trench mortar uniform. He represents all service men and women who have gained knowledge from enquiry, symbolised by an eye in the Egyptian style from which stream rays of light.

This window bears the word Curiosity.

Curiosity: stories of those who report during wartime is an education resource produced by the Department of Veterans' Affairs in conjunction with the Australian War Memorial. It tells the stories of 14 war correspondents who served to tell the Australian story of war, through their iconic artworks, haunting photographs, gripping film footage and insightful articles and broadcasts.