The missing man: from the outback to Tarakan, the powerful story of Len Waters, Australia's first Aboriginal fighter pilot 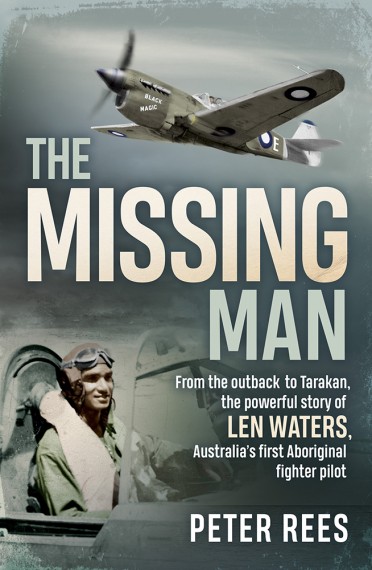 He was our first Aboriginal fighter pilot, he flew multiple sorties during Australia's Second World War Pacific campaign, and he should have had a world of opportunity ahead of him at the war's end, but Len Waters became the missing man in the country's wartime flying history.

'You were the master of the machine...you were an airman.' Flying Officer Bob Crawford

Len Waters was a Kamilaroi man. Born on an Aboriginal reserve, he left school at thirteen and by twenty was piloting a RAAF Kittyhawk fighter with 78 Squadron in the lethal skies over the Pacific in the Second World War. It was serious and dangerous work and his achievement was extraordinary. These would be the best years of his life. Respected by his peers, he was living his dream.

The war over, it should have been easy. He believed he could 'live on both sides of the fence' and be part of Australia's emerging commercial airline industry. He had, after all, broken through the 'black ceiling' once before. Above all, he just wanted to fly. Instead, he became a missing man in Australia's wartime flying history.

Peter Rees rights that wrong in this powerful, compelling and at times tragic examination of Len Water's life. He also tells us something of ourselves that we need to hear.
Soft cover, 360 pages.