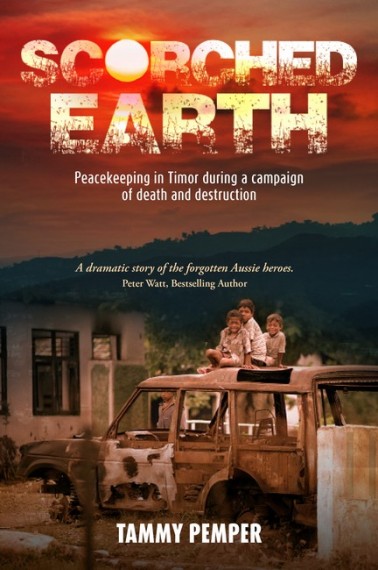 As a UN peacekeeper, I joined the East Timorese fight for life. By then, the earth had drunk the blood of one third of their population. But worse was still to come. I would see it for myself. I saw bodies carried to their deaths, machetes carve flesh from bone, and bullets spray into crowds of Timorese and at us peacekeepers. I learned the true meaning of fear, hopelessness, and courage. Shades of truth were twisted for evil gain. Every day I prepared to die. Decisions I made, which seemed so right, jeopardized the lives of others. Police held automatic weapons to my head, militia wrote my name on death lists, and men drew their last breath, all of them brave, braver than me. For this is the true story of my experience. In the midst of the East Timorese fight for independence, militia were determined to enact their scorched earth policy and raze Timor to the ground. Timorese voted; Timor burned. It is their story, our story: a story that must be told.