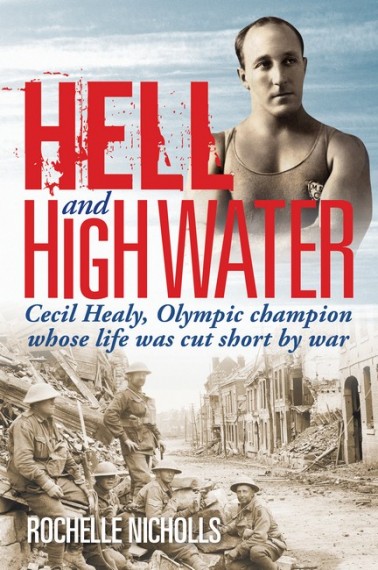 The golden boy of Australian swimming and captain of the lifeguards on Manly Beach, Cecil Healy was the poster-boy for all that was decent in Australia before the First World War. Powerful, bronzed and daring, his fearlessness made him a leader in the embryonic surf-lifesaving movement, and his unique crawl stroke captured swimming records across the globe. Healy became the darling of the Olympic movement in 1912 when he allowed a disqualified rival to swim and take the 100 metres freestyle title, sacrificing almost certain victory for fair play and honour.

But Cecil Healy’s seemingly perfect life was beset by darkness and secrets. His repressed sexuality and inner demons drove him to acts of recklessness which would culminate in his supreme sacrifice on the battlefields of France. As the First World War raged, the Olympic champion refused to remain protected behind the lines. His death on the Somme in 1918, charging a German machine-gun post, embodies the tortured self-destructiveness which still drives many male sportsmen to both glory and disaster.

Cecil Healy remains the only Australian Olympic gold medallist to have given his life in the theatre of war. This book chronicles both Healy’s glittering sports performances and the torment behind this great, lost Olympian.