Inked: tattoos and the military 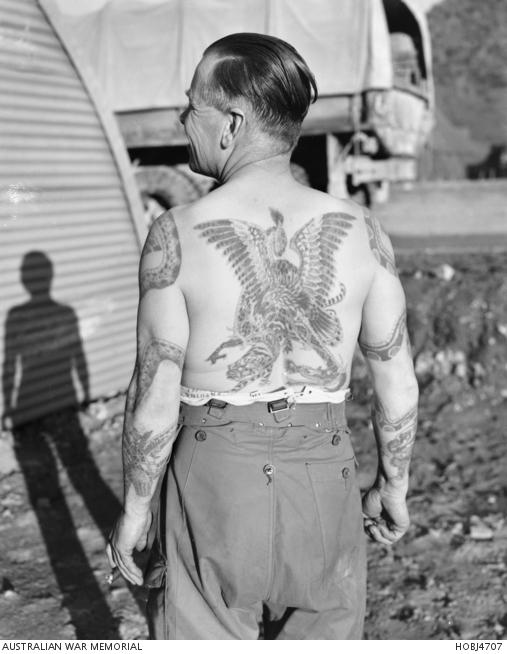 William Seraphina, of 2RAR, 1950. Each tattoo represents a place he's been, over decades of service.

The art of tattooing has captured the imagination of many. Where tattoos were once seen as the sign of a sailor or a rebel, they are now widely socially accepted; many Australians, including members of our Defence Forces, wear tattoos.  The reasons for being tattooed are as varied as the people themselves, but there is almost always a single, definitive and unifying purpose for getting inked: To remember.

Whether it’s a young mariner deploying overseas, thinking how much she’ll miss her family, or a career soldier mourning the death of a friend, many members of the Australian Army, Airforce and Navy have at some time, carefully designed an image to symbolise their hopes and memories. These personal memories are then inscribed on their own skin, allowing them to permanently embody the people, places and experiences which have the most importance for them.

Tattoos: Have you got one? 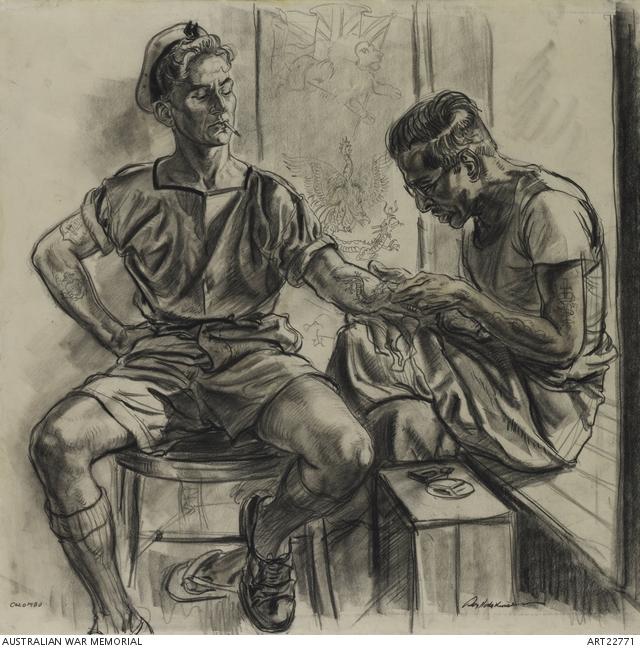 The Memorial is interested in the history of tattooing in the Australian military and are keen to explore the way our service people and veterans use tattoos to commemorate military service.

If you have a tattoo and would like to share it with us, there are a couple of ways you can do it:

Online form: To share your tattoo with us and have it considered for inclusion in future online or physical exhibitions, please follow this link and fill out our short online form.

Social media using hashtag: If you would like your tattoo to be considered for display on our Ink in the Lines webpage, share a photo and a brief story to your own Instagram account using the hashtags #InkintheLines

Listen to episode four of our Collected podcast and learn about the history and meaning of tattoos in the Australian Defence Force. In conversation with curator Stephanie Boyle, Canberra tattoo artist Peter Bone and through oral histories, Louise Maher shares the ways servicemen and women, their loved ones and veterans have inked their skin in commemoration, pride - or just to pass the time. Listen to more episodes.

Learn more about the history of tattoos in the Australian military

Watch a talk delivered by Stephanie Boyle, a Senior Curator from our Photography, Film and Sound team. Stephanie discusses the history of ink tattoos in the Australian military, and their representation in the Memorial’s collection. 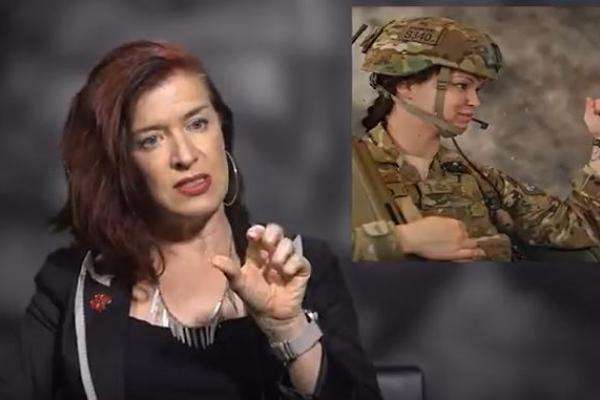 Tattooing has long been practiced within the armed forces. Senior Curator, Stephanie Boyle, discusses her recent encounter with a female soldier recently returned from Afghanistan, and the particular meaning that her tattoos hold for her and her family.