The highest scoring fighter pilot of the RAAF. Clive Caldwell always wanted to fly; he became an outstanding airman and a popular national hero.

Caldwell was in the Royal Aero Club before the war and had already learnt to fly. When war broke out he joined the RAAF and in 1941 was sent to the Middle East, where he flew first P-40 Tomahawks in No. 250 Squadron RAF and later Kittyhawks as commander of No. 112 Squadron RAF. He never liked the nickname, “Killer”, that was bestowed on him.

The skill of his flying, and the accuracy of his shooting, soon established Caldwell as a leading “ace” in the Western Desert; eventually he shot down more than 20 German and Italian aircraft. One time in combat, his plane was badly hit and he was wounded. Despite this, he destroyed an enemy Messerschmitt and drove off another. Another day, he shot down five German Junkers Ju 87s.

In late 1942 Caldwell returned to assist in the defence of Australia against the Japanese. He took command of No. 1 Fighter (Spitfire) Wing based at Darwin. By August 1943 he had added eight Japanese aircraft to his score. In 1944 he led No. 80 Fighter Wing, and in early 1945 moved to Morotai.

As the Americans took an increasing role in the air war, Australian fighter squadrons were left with less important work; many pilots now felt they were risking their lives for little purpose. Discontent culminated in Caldwell and a group of officers proffering their resignations. This became known as the “Morotai Mutiny”.

The matter was handled very poorly by the Chief of the Air Staff, who was determined to take some disciplinary action. This resulted in the end of Caldwell’s active flying career. The episode left a bitter taste. After the war, Caldwell became a successful businessman and only spoke modestly of his heroic part in the war. 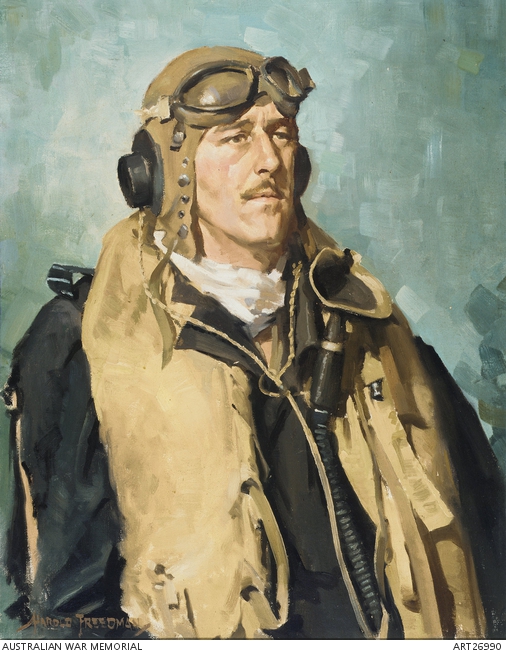 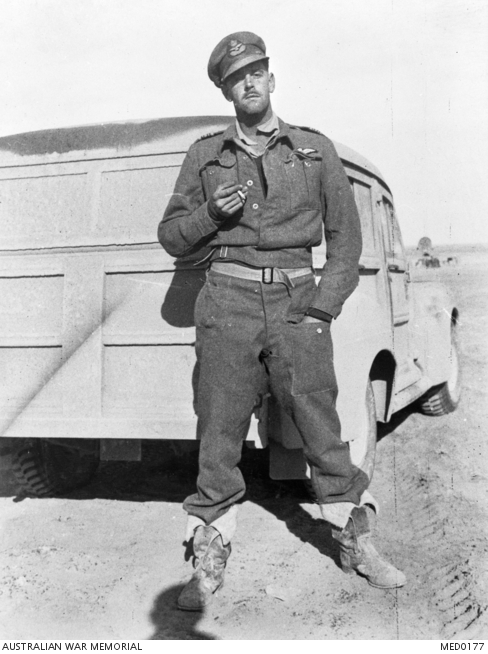 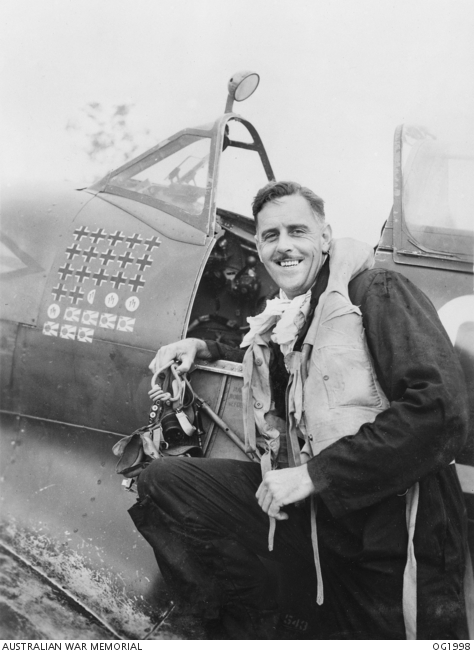 Group Captain Caldwell at Morotai; a scoreboard of his Spitfire records the number of enemy aircraft he destroyed. 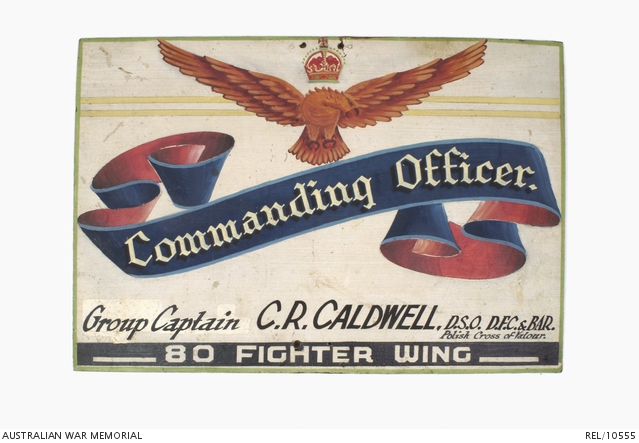 Unit signboard Clive Caldwell retained this sign after the war as a memento of the time, from 1944, when he was commanding officer of No. 80 Fighter Wing RAAF.