Australia under attack: Scanning the skies

Many Australians spent time looking for aircraft, both enemy and Allied. They included soldiers from anti-aircraft batteries, specialist observers from the Australian Women’s Army Service (AWAS), sailors at shore bases, and airmen protecting radar installations and airfields. Tens of thousands of civilians from the Volunteer Air Observers Corps (VAOC), created in 1942, were ever vigilant around population centres. At key industrial sites and capital cities, the VAOC supplemented radar, searchlights and anti-aircraft artillery crewed by men and women of the AMF and RAAF.

The VAOC were trained in aircraft recognition and equipped with a variety of visual and audio aids, from fine optical lenses to simple bell trumpet listening cones. Although they rarely saw Japanese planes, they tracked and saved many Allied planes. Their numbers declined as the threat passed.

Margaret Tootell, a member of the VAOC in the Bendigo area, wearing her Girl Guides uniform. Just one of the thousands of civilians involved in VAOC activities, Tootell received a certificate for her VAOC service during the war on 25 September 1945, just three weeks after the Japanese surrender. 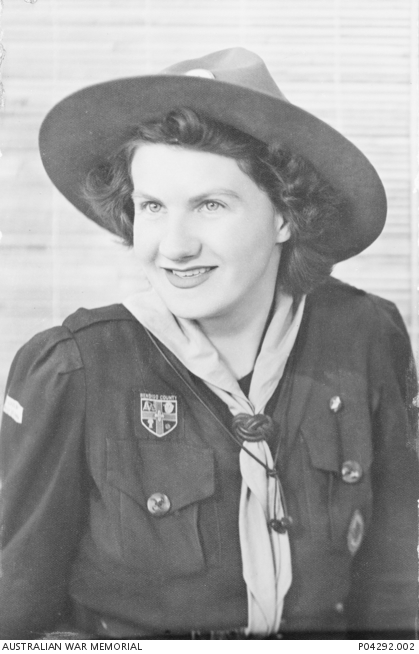 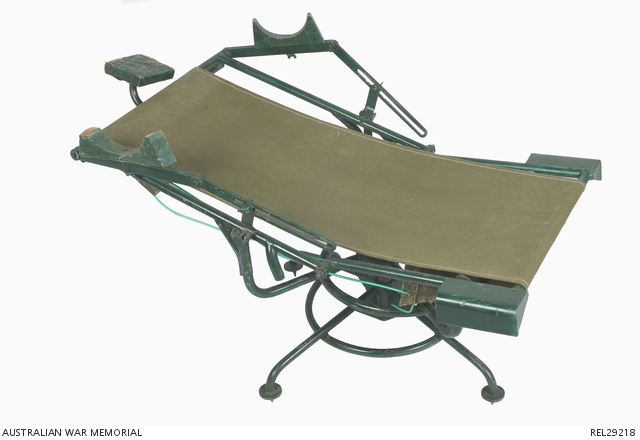 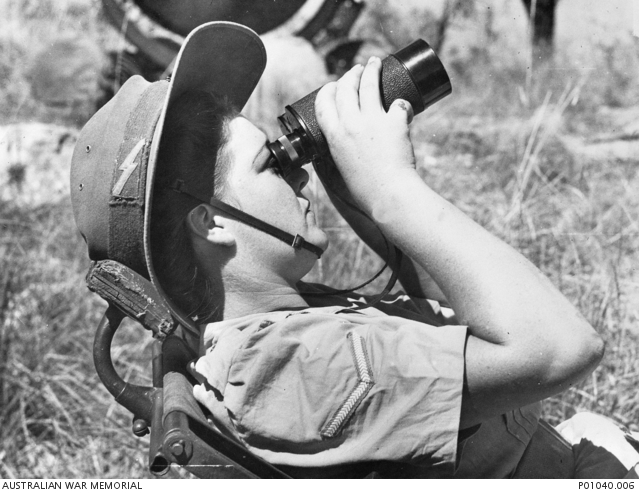 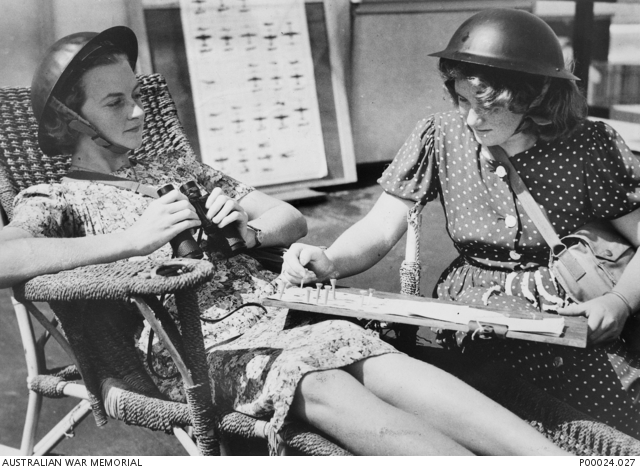 Two members of the VAOC