Our Friends and Allies: from Empire to Today 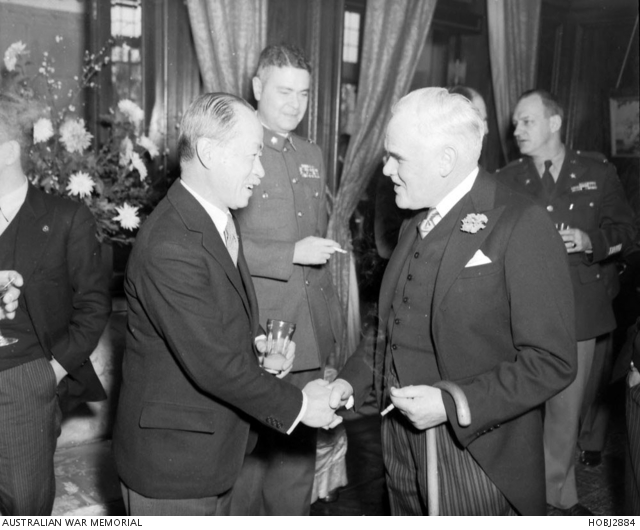 Mr W R Hodgson, Head of the Australian Mission Tokyo (right), shakes hands with a Japanese official at a function in Japan.

This program explores the development of Australia as a nation by examining our links with the rest of the world during wartime, particularly our place in the British Empire at the time of the First World War, our location in the Asia-Pacific region, and the reasons for our emerging friendship with the United States of America during the Second World War and the conflicts that followed.

In this program students will investigate the significance of Australia’s British heritage, the reasons for our participation in the First and Second World Wars, and some theatres of war in which Australian servicemen and women were involved in those conflicts.

Students will explore our place in the Asia-Pacific region and the changing nature of our international alliances during the Second World War, specifically the development of our connection with the United States of America.

Make a booking  Back to programs