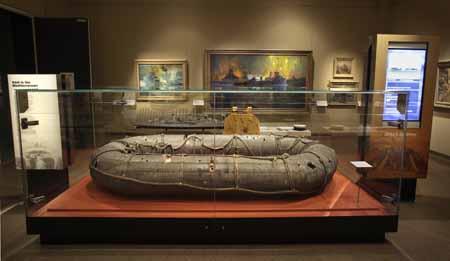 The carley float from HMAS Sydney.

Almost a million Australians, both men and women, served in the Second World War. This war affected Australians more directly than the First World War, and caused immense social change. Over 39,000 Australians died.

The Second World War Galleries show how Australians fought in campaigns against Germany and Italy in Europe, the Mediterranean and North Africa; and against Japan in south-east Asia. It covers the experience of those on the home front, for it was during this war that the Australian mainland came under direct attack for the first time.

This suite of galleries tell stories of endurance and courage, of grief and humour, and displays the achievements and the sacrifices of a people at war.

The main areas of the galleries are:

In these galleries visitors will be able to see a number of large technology objects. 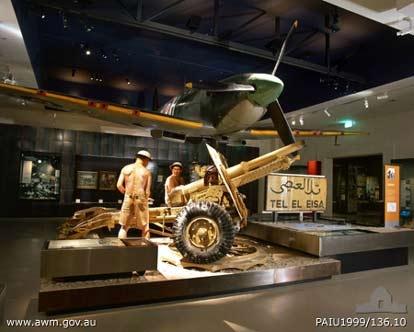 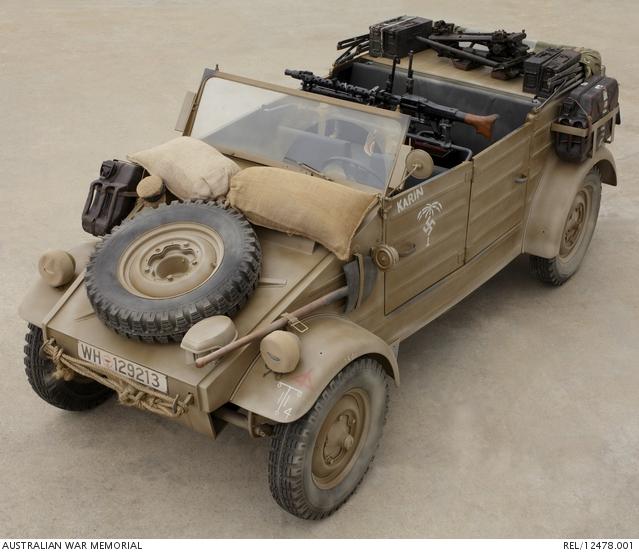 LePkw Type 82 Kübelwagen. The Kubelwagen has a 240 centimetre wheelbase and independent suspension on all four wheels. The tyres are a post war NATO pattern. The engine is a post war Volkswagen Beetle engine mounted in the rear of the vehicle. The body of the vehicle is a lightweight metal, with a flat base, allowing the vehicle to propel itself like a sled in sand, mud and snow. 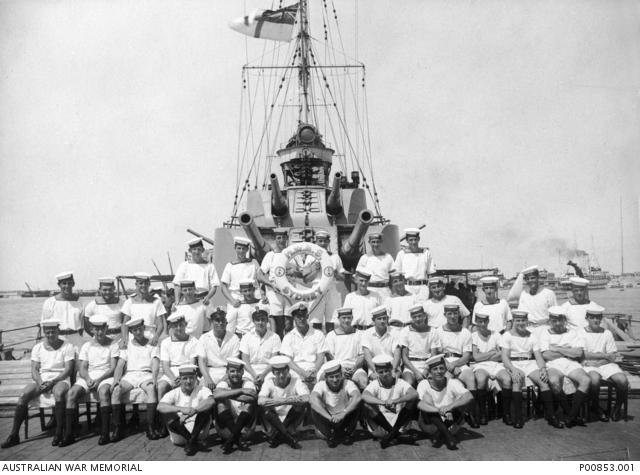 Group portrait of some of the crew members aboard HMAS Sydney II possibly following their successful action against the Italian cruiser Bartolomeo Colleoni off Cape Spada, Crete, on 19 July 1940. 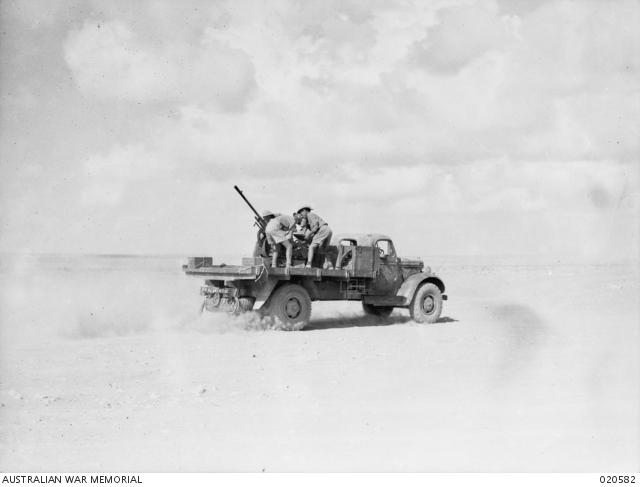 TOBRUK, LIBYA. 1941-09-06. A GUN CREW OF THE 3RD LIGHT ANTI-AIRCRAFT REGIMENT IN ACTION WITH AN ITALIAN BREDA MODEL 35 20MM CANNON, MOUNTED ON A CHEVROLET 2 TON TRUCK.