The origins of Australian Naval Intelligence 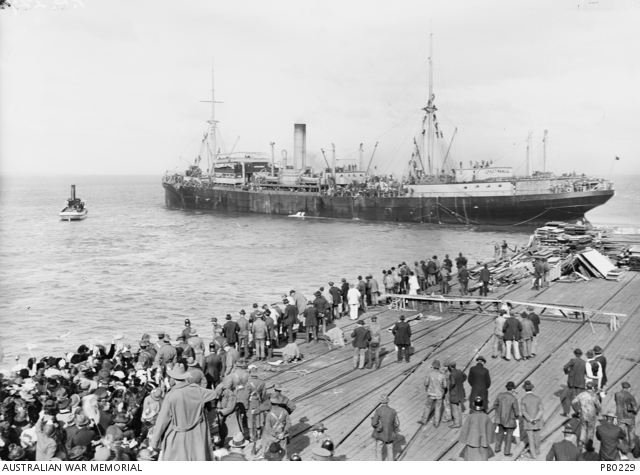 HMAT Barambah (previously the Hobart) departing, watched by well-wishers on the wharf.

The First World War had been building like a growing storm and the Royal Australian Navy – their intelligence service in particular – was ready.

Even before the first shot had been fired, the RAN had been involved in detaining German ships in Australian waters, netting vital code books and radio equipment which allowed the British Admiralty to decipher all the German Navy’s signals, an intelligence coup of the first water.

Behind this success was Commander Walter Thring, a former Royal Navy officer who had set up the RAN’s human and signals intelligence operations. His efforts made the RAN intelligence arm a powerful weapon in the Allied arsenal. On the flip side, Naval intelligence was still in its infancy, and mistakes in analysis were made – in the case of the battle of Coronel, with disastrous consequences.

John Fahey’s article provides an outstanding overview of the formative years of the RAN’s intelligence arm and its founding father, Commander Thring.

To read John’s article, purchase your copy of Wartime magazine.