In this edition of Spinning the Reels, Rebecca Forster-Osborne discovers two reels of colour super 8 film that was donated to the Australian War Memorial in 1993. 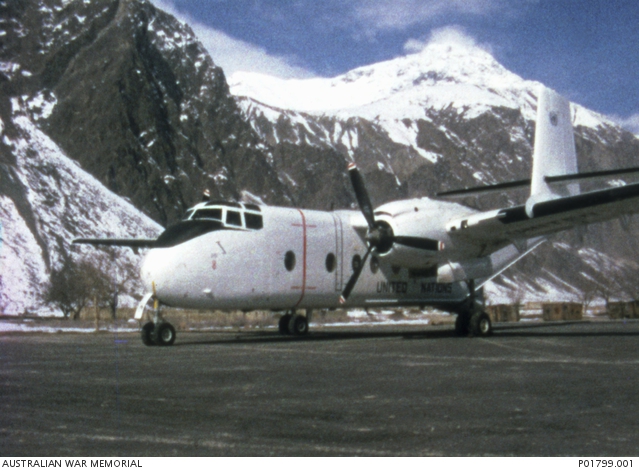 Front side view of a Caribou aircraft on an airstrip. This image is a still from AWM film number F04175.

The film was made by Squadron Leader Baillie John McKenny while serving with the United Nations Military Observer Group in India and Pakistan (UNMOGIP) in 1975. This film is the only currently held film footage of UNMOGIP, and reveals some of the context and history behind how 38 Squadron RAAF came to play a part in the long and fraught history of fighting between Pakistan and India along the Line of Control (LOC).

McKenny’s film can be viewed on the Memorial’s website: https://www.awm.gov.au/collection/C268714

To read Rebecca’s article, purchase your copy of Wartime here.