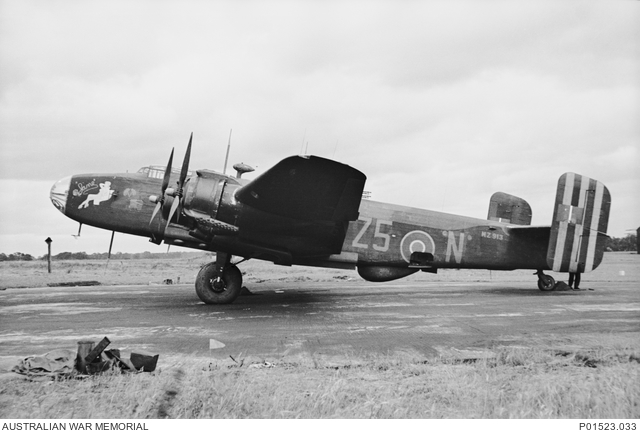 At 00.55 hours on 3 June 1944, Halifax LV79 “E for Easy” of 158 Squadron RAF, with 104 other Halifax, 4 Mosquitos and 19 Lancasters had dropped their bombs from 9,000 feet. They inflicted heavy damage on the rail yards at Trappes near Paris, severely disrupting German transportation three days before the Allied D-day landings.

Pilot Officer Bruce Bancroft RAAF, navigator Pilot Officer Charles Fripp RAAF and their crew had left the target area at 7,500 feet and were heading home when at 01.17 “Easy” was attacked by a Junkers Ju88 night fighter. Having raked the bomber end-to-end from below, the fighter pilot peeled away. “Easy” had numerous holes in the fuselage, cockpit, wing and petrol tanks – including a hole a metre across from one side to the other of the fuselage floor. One engine was on fire, and there were fires in the bomb bay and inside the fuselage. The situation was looking grim: the aircraft could explode, or the crew might have to bale out or ditch in the English Channel.

With the intercom destroyed, and thinking that Bancroft had given the bale-out signal, a wounded and dazed wireless operator Sergeant Leonard Dwan exited through the forward escape hatch. Mid-upper gunner Sgt Kenneth Leneup and flight engineer Sgt Leonard Cottrell baled out through the hole in the floor. Dwan did not survive, Leneup was  eventually captured, but Cottrell evaded the Germans to reach Allied lines. 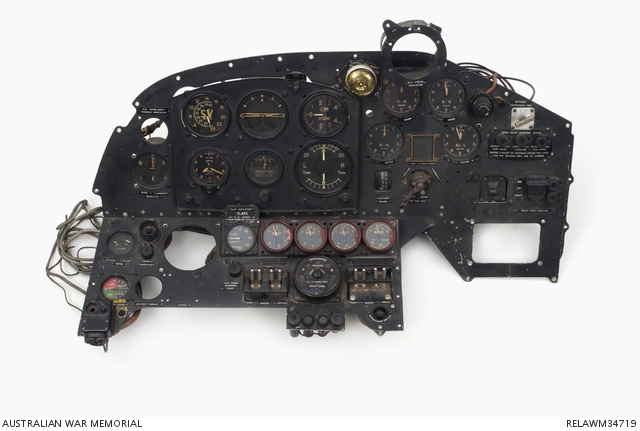 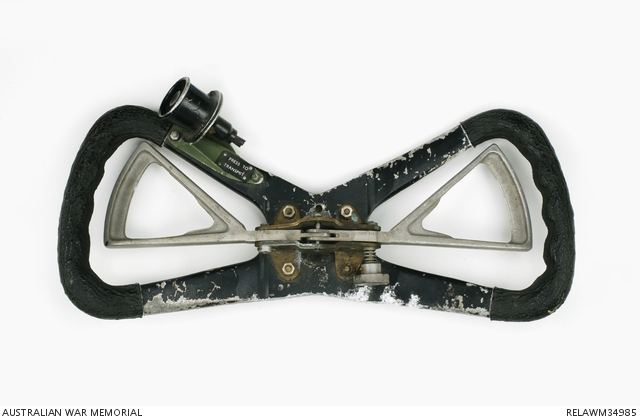 The control column yoke from “‘Easy”.  Above the left hand is a crew intercom button.

With no intercom, neither Fripp nor Bancroft could know that rear gunner Sgt David Arundel had been jammed in the rear turret before hacking his way out with an axe. After checking his mates and avoiding the hole shot in the floor, Arundel went back to tackle fires in the rear, using his feet and hands once the extinguishers were emptied.

With one compass smashed and another 90 degrees out, Bancroft was thankful for a clear night and turned to the North Star to steer a rough course for home. He had no idea how much fuel was left; one damaged gauge showed 10 gallons, just enough for five minutes’ flying; the other showed 140 gallons but the tank was in fact empty. The bomb bay doors remained open.

Over the French coast at 3,000 feet, not a single German anti-aircraft gun opened fire – small consolation for the remaining crew, for whom ditching in the Channel was now a strong possibility. Just 25 minutes after the attack and flying at 700 feet, “Easy” approached Hurn Airfield, near Bournemouth on England’s south coast. As they touched down, “Easy” slewed in a half circle to port before Bancroft was able to pull up safely: the port undercarriage wheel and the tail wheel had been blown out. “Easy” was left with an unenviable record as the most damaged Commonwealth aircraft to return to England from an operation.

Pilot Officers Bancroft, Fripp and Tansley were awarded the DFC and Sgt Arundel the DFM. Of the 23 aircraft from 158 Squadron, five had been lost to enemy fire, and “Easy” was completely written off. Total losses for the mission were 15 Halifax bombers and one Lancaster from a force of 128 aircraft.

David Pearson is a Senior Curator in Military History and Technology at the Australian War Memorial.