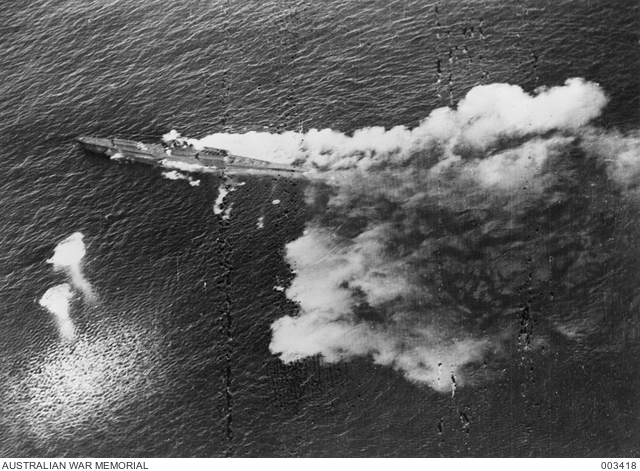 HMAS Stuart and her crew had a very interesting war in the Mediterranean theatre. After arriving at Malta in January 1940 Stuart took part in escort and patrol duties. When Italy entered the war, Stuart took part in all the major campaigns including the Western Desert, Greece, Crete and Syria.

By September 1940 Stuart was in dire need of an overhaul and the ship was attached as an escort to a convoy heading to Malta. However, Stuart could not keep pace and was instead ordered to Alexandria in Egypt.

On the night of 29/30 September Stuart’s sonar operators detected a submarine off its port bow. Greg Pierce delivers a tense and action-packed article that tells the story of HMAS Stuart’s hunt for the Italian submarine Gondar. A tale of skill and courage on both sides.

To read Greg’s article, you can purchase your copy of Wartime here.