On 19 February 1942, 188 planes were launched against Darwin whose harbour was full of ships. Eight ships were sunk, two were beached and later refloated and many of the other 35 ships in the harbour were damaged by bomb or machine gun fire. Darwin town and the RAAF aerodrome were also heavily damaged by the raid. A second raid of 54 bombers was launched two hours later on the same day. The raids on 19 February were the first two of sixty-four raids against the Darwin area and its nearby airfields, which bore the brunt of Japanese attacks on mainland Australia.

In January 1943, No.1 Fighter Wing, RAF moved to the Darwin area with three Spitfire squadrons, No. 54 RAF at Darwin, No.452 RAAF at Strauss and No.457 RAAF at Livingstone. The Spitfires had major clashes with the Japanese on 2 and 15 March 1943. On 20 June 1943, the Spitfires intercepted the formation of 21 bombers and 21 fighters, shooting down nine bombers and five fighters. This was the most successful encounter by the RAAF over Darwin, during which the Group Captain Caldwell, an ace from the European theatre, shot down his fifth Japanese aircraft. The final air raid on Darwin took place on 12 November 1943. 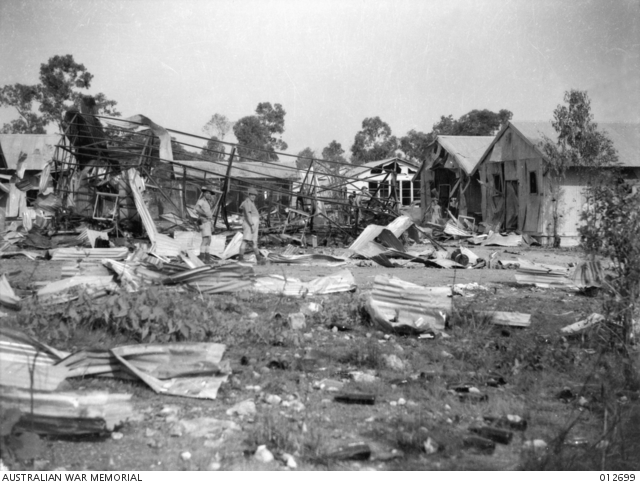