Atatürk was born Mustafa Kemal at Salonika (now Thessalonika, Greece). After graduating from the military academy in Constantinople (Istanbul), Kemal pursued his military career with the Turkish Army in Syria. A member of the Young Turk revolutionary movement which deposed the Sultan in 1909, he took part in the war of 1911–1912 against Italy in Libya. During the Second Balkan War in 1913 he became the chief of staff of the army in the Gallipoli Peninsula, until posted as military attaché at the Turkish embassy in Sofia, Bulgaria.

Kemal returned to Gallipoli in 1915 as commander of the 19th Division, the main reserve of the Turkish Fifth Army, and was thus on hand to oppose the Anzac landing in April. His superb grasp of strategy and ability to inspire his troops by his reckless bravery in action boosted Turkish morale and proved decisive in thwarting allied plans. Given command of all Turkish forces fighting in the Anafarta sector from Chunuk Bair to Suvla Bay, he was granted the title of Pasha after the August battles there. After commanding in the Caucasus, Kemal was at the head of Seventh Army in Palestine during the final allied offensive which defeated Turkey in 1918. 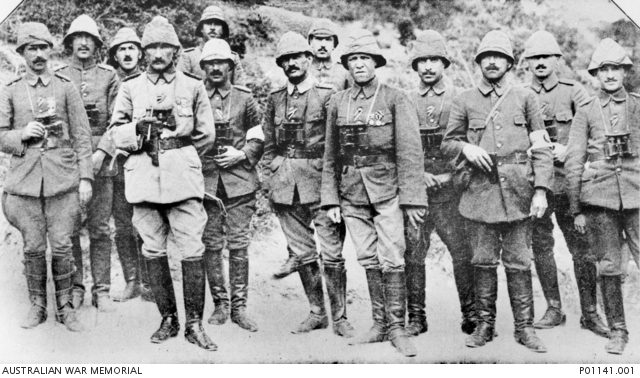 The anti-Ottoman government bestowed the title of Ghazi (victorious) on Kemal as he had the vision to bring Turkey on par with twentieth–century western countries. Turkey became a republic in 1923 and Kemal became the first president. During his 15-year rule, many sweeping changes were introduced to the political, legal and socioeconomic fields. He was an immortal hero to his people and an extraordinary leader and peacemaker. Kemal said in 1933, "I look to the world with an open heart full of pure feelings and friendship". In 1934, he accepted the title "Atatürk" (father of the Turks).

A moving tribute to the Anzacs killed at Gallipoli is often attributed to Atatürk in 1934:

Those heroes that shed their blood and lost their lives ... You are now lying in the soil of a friendly country. Therefore rest in peace. There is no difference between the Johnnies and the Mehmets to us where they lie side by side here in this country of ours ... You, the mothers who sent their sons from faraway countries, wipe away your tears; your sons are now lying in our bosom and are in peace. After having lost their lives on this land they have become our sons as well.