Female Relative Badges were issued to the nearest female relative (usually wives or mothers) of those who engaged in active service overseas during the First and Second World Wars. 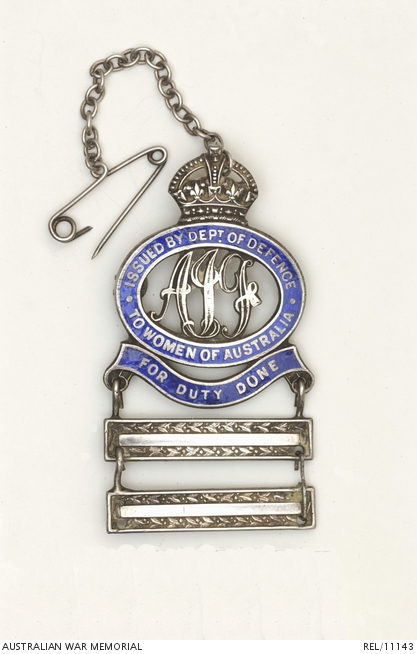 Two Female Relative Badges were issued during the First World War. One was issued to the nearest female relative of soldiers, airmen, nurses, and masseuses who left Australia for active service abroad; the other to the nearest female relative of members of the Royal Australian Navy (RAN) who had enlisted for general naval sea service for at least a period of the war, and who performed service outside Australian waters. A bar was suspended below the badge to indicate additional relatives involved in the war effort. The Female Relatives Badge was promulgated under Military Order 280 of 1917 and superseded by Military Order 1818 of 1918. 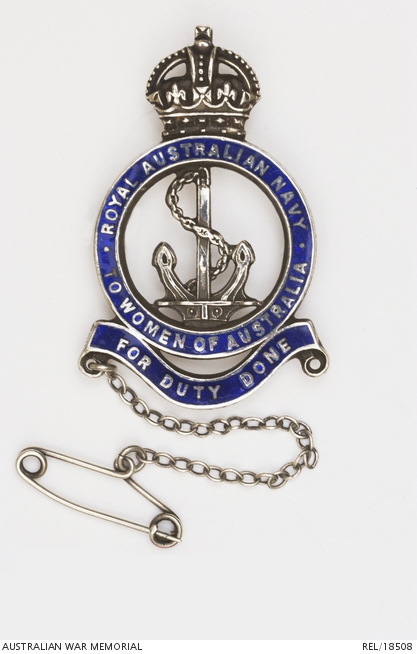 For active service abroad during the Second World War, a single badge was issued to the nearest female relative of members of the RAN, the Australian Imperial Force (including members of the Australian Army Nursing Service), and the Royal Australian Air Force. Stars displayed on a bar suspended below the badge represented the number of relatives involved in the war effort. Authority for the issue of the badge was given under AIF Order 200,14 February 1941. 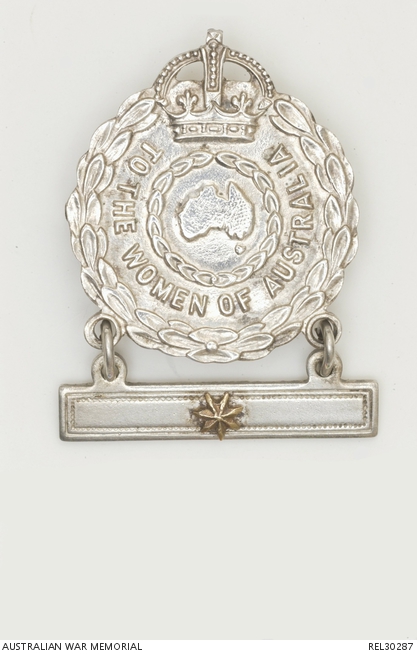