The Silver War Badge was a First World War badge authorised for issue to members of the armed forces of the British empire. It was granted to those who had served since 4 August 1914. In the case of officers the badge was issued to those who had retired or relinquished their commissions. The badge was issued to other ranks who had been discharged on account of age, wounds or sickness, such as would render them permanently unfit for further service. 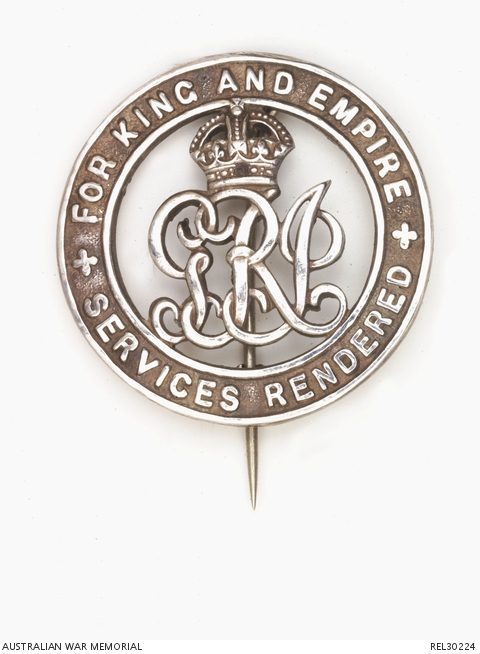 The badge is circular in shape with the words "For King and empire" and "Services rendered" around the rim, and a voided cipher and crown of King George V in the centre. The reverse has a hinged vertical pin.