About the chalk badges of Fovant

During the First World War many Australian soldiers were billeted and trained and hospitalised in camps set up in 1914 in south-west England, and especially in Wiltshire. At the Fovant and Compton Chamberlayne camps, Australians cut large badges and emblems into the chalk hills.

There is a large map of Australia at Hurdcott Camp (Compton Chamberlayne) and a badge of the Australian Commonwealth Military Forces at Fovant, which measures some 60 metres from one end of the lettering scroll to the other. Several other badges of English and Australian units are cut into the chalk hills of Fovant. The Memorial has supported the maintenance of these reminders of Australian service in Britain during the Great War. 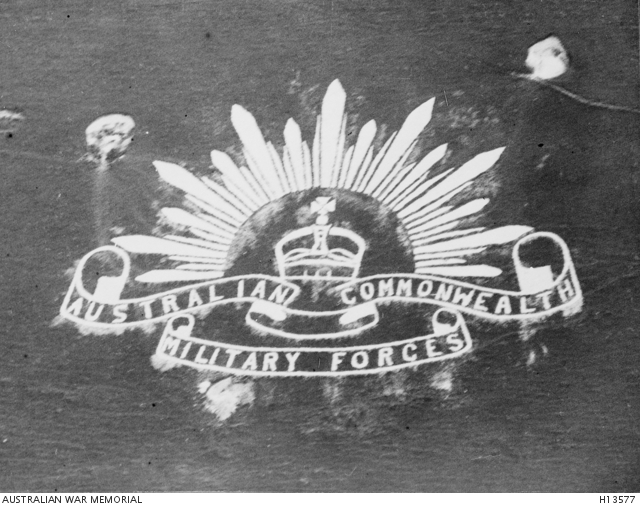 The Australian Rising Sun emblem cut in the side of a hill.  C353924