In 1941, John Treloar (Director of the Australian War Memorial) suggested the publication of illustrated books about the Australian Military forces during the Second World War. They would be written in popular style and contain a strong personal element. Money raised by the books would go towards the completion of the Memorial building in Canberra.

The books were very popular. They helped lift troop morale and provided a link between service personnel on active duty and their loved ones back home. They held great sentimental value. To this day many Australian homes still have at least one Christmas book in their library.

The Memorial published the first Christmas book, Active service, in 1941, with an initial print run of 94,531 copies. This was the largest print order in Australian history at the time. Jungle warfare was the highest selling title, with sales of 230,407 for its first print. 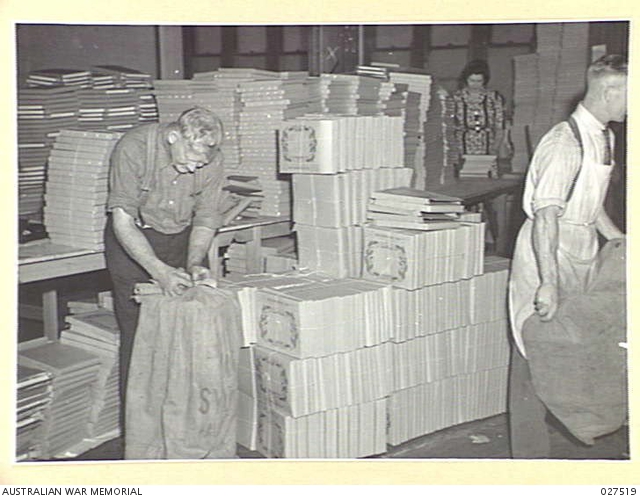 Despatching the first issue of "Soldiering on" the 1942 edition of the Christmas Book published by the Australian War Memorial.