Desertion and the death penalty

According to Section 98 of the Commonwealth Defence Act 1903, no member of the Defence Force shall be sentenced to death by any court martial except for four offences:

Significantly, this sentence could not be carried out until it was confirmed by the Governor-General.

While approximately 306 soldiers, including several Canadians, were executed by the British Army during the First World War, this sentence was not carried out by the Australian Army.

After the dreadful bombardments of Pozieres in 1916, absence without leave increased alarmingly and some senior Australian officers argued that Australian soldiers should face the same penalties that applied in the British Army.

However, the general feeling, both at home in Australia as well as of those serving, was against inflicting the death penalty on men who had volunteered to fight in a cause not primarily their own.

The Australian Imperial Force (AIF) instead had to rely on the leadership and example of its officers, the tone and esprit de corps of its men, and alternative penalties, including the publication of lists of offenders in Australian newspapers. 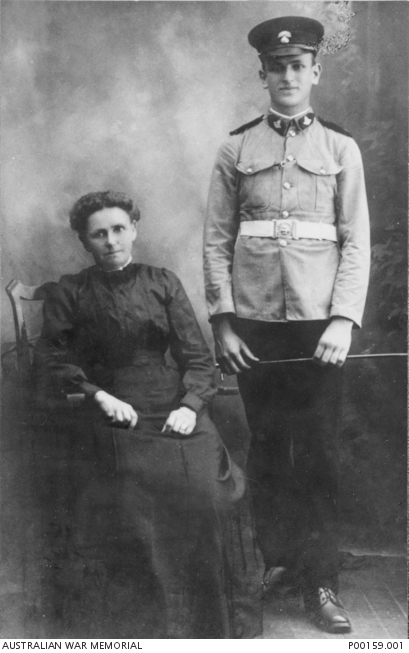 Walter Lesley Schwarz with his mother. Schwarz enlisted in the AIF in 1915, but felt he was being discriminated against because of his name. He deserted in England and joined the Royal Fusiliers. He became a lieutenant and won an MC and Bar and was mentioned three times in despatches. In 1921 King George V granted him a pardon. C41542