Dickin Medal for animals and birds

The Victoria Cross for animals

The Dickin Medal, instituted by Mrs Maria Dickin, founder of the People’s Dispensary for Sick Animals in England, was popularly referred to as "the animals’ VC". It was awarded to any animal displaying conspicuous gallantry and devotion to duty associated with, or under the control of, any branch of the Armed Forces or Civil Defence units during World War II and its aftermath. 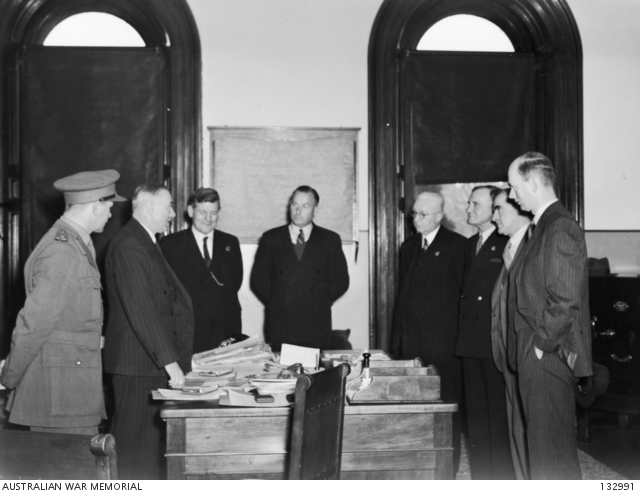 The Dickin medal, the Victoria Cross for animals, being awarded in 1947 to two Australian pigeons.  C261011

At least two Australian carrier pigeons attached to the Australian Army have received the Dickin Medal: 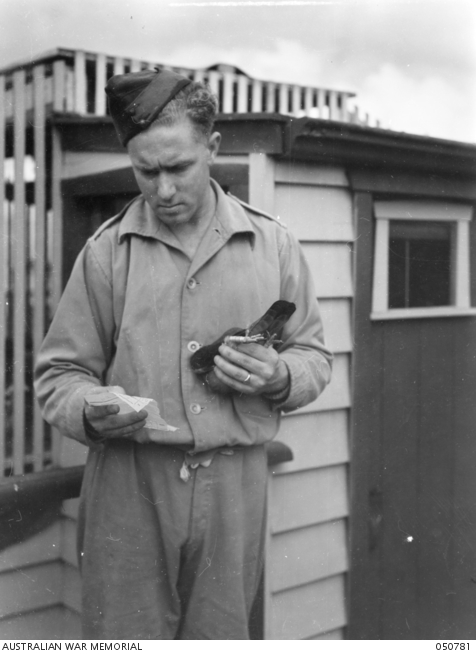 Corporal G.R. Rayner of No.3 Section (HQ) Carrier Pigeon Unit No.17 Loft, reading a message removed from the container seen on the birds leg.  C15440