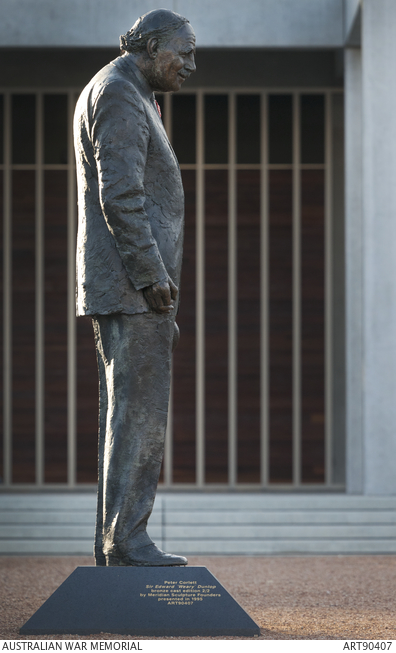 Edward Ernest Dunlop was born on 12 July 1907 at Major's Plain, Victoria, the second of two children for his parents James and Alice (nee Payne), his brother Alan being born in 1905. In 1910 the family moved to a farm near Stewarton and in 1922 to Benalla. Dunlop attended Stewarton Public School and Benalla High School. His upbringing imbued him with a strong work ethic and a pride in his Scottish heritage, the British Empire and British governance and institutions.

Commencing a pharmacy apprenticeship in 1924 at Benalla Dunlop moved to Melbourne in 1927 and attended the Pharmacy College. Excelling in his studies, he won a scholarship in 1930 to Ormond College, Melbourne University to study medicine. Here he acquired his nickname "Weary" (derived from Dunlop tyres) during the course of initiation ceremonies at the college. He excelled at university and graduated in 1934 with first class honours. He excelled too on the sports field, especially in rugby union at which he represented Australia in 1932.

Dunlop had been a school cadet, and he continued his part-time army service until 1929, when his service ceased under pressure from his pharmacy studies. He re-enlisted in 1935 and was commissioned into the Australian Army Medical Corps on 1 July with the rank of Captain.

In May 1938 Dunlop left Australia for London aboard the SS Ormonde as the ship's medical officer. In London he attended St Bartholomew's Medical School and in 1938 became a Fellow of the Royal College of Surgeons. The distinguished medical mentors Dunlop met in London (for example Professor Grey-Turner and Sir Thomas Dunhill) impressed him with their total dedication to their profession, and he resolved to emulate their example. While in Britain Dunlop also developed a wide network of socially elevated and influential people.

At the outbreak of war Dunlop was working as a surgeon at St Mary's Hospital, Paddington. He enlisted in the Australian Army Medical Corps (6th Division) on 13 November 1939 with the rank of Captain. He was posted in December 1939 as Medical Officer, Headquarters, Australian Overseas Base, Jerusalem, and appointed Acting Assistant Director of Medical Services. He was promoted to Major on 1 May 1940 and appointed Deputy Assistant Director of Medical Services on the staff of the Australian Corps Headquarters and AIF Headquarters in Gaza and Alexandria.

Appointed as AIF Medical Liaison Officer on the staff of the Deputy Director of Medical Services of Lusterforce, he served in both Greece and Crete. On 18 July 1941 he was appointed to command 2/2 Casualty Clearing Station (2/2 CCS), but he was dissatisfied with staff work and declined this promotion. He remained with this unit as senior surgeon (and second in charge) and subsequently served with them in Tobruk.

With the withdraw of the 6th and 7th Australian Divisions from the Middle East, the 2/2 Casualty Clearing Station (and Dunlop) were transferred to Java. Here he was promoted to temporary Lt Colonel on 26 February 1942. He was in command of No.1 Allied General Hospital at Bandoeng (Bandung) when Java fell to the Japanese, and he became a prisoner of war. 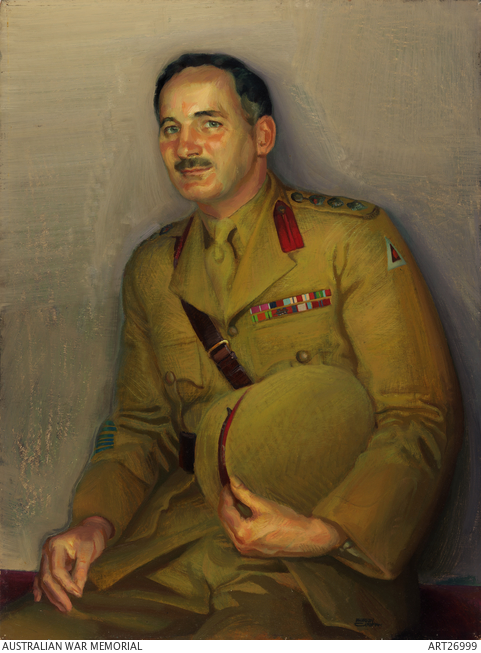 Australian prisoners of war on Java under Dunlop's command were transferred later that year to Singapore. Here Dunlop clashed with Lt Colonel Galleghan (commander of the 8th Australian Division troops in Changi) over Dunlop's authority as a non-combatant commander.

On 20 January 1943 he left Singapore for Thailand in charge of "Dunlop Force" to work on the Burma-Thailand railway. He remained there until the war ended, labouring tirelessly to save wounded, sick and malnourished men. Many times he put his own life at risk as he stood up to the brutality of his Japanese captors. Though not the only medical officer to act in this selfless way, his name was to become a legend among Australian prisoners of war and an inspiration for their own survival. Throughout his captivity and at great personal risk Dunlop recorded his experiences in his diaries.

On 27 September 1945 Dunlop was appointed Lt Colonel. Returning to Australia in October 1945 he was demobilised on 1 February 1946, transferring to the Reserve List of Officers with the rank of Honorary Colonel. Before demobilisation he had been working (since 10 December 1945) with Brigadier Blackburn at Army Headquarters as Assistant Director of Medical Services to Blackforce. Here his work was driven by a desire to obtain a level of justice for former prisoners of war.

After the Second World War

When a student at Ormond College Dunlop had met Helen Ferguson, to whom he became engaged on 6 June l940. On 8 November 1945 they were married at Toorak Presbyterian Church, Melbourne. They subsequently had two sons, John and Alexander.

Dunlop performed a variety of surgical work but developed a particular interest in gastro-oesophageal surgery and cancer. He pioneered new surgical techniques, though his methods were not without critics. He lectured on his medical interests and for a time taught at the University of Melbourne.

Visits to the United States, Britain and other countries developed his professional knowledge and widened his professional and social contacts, and he was actively involved with Australian and international professional bodies, including the International Society of Surgeons. His medical interests extended to community health matters, such as cancer, alcoholism, drug dependence and fluoridation. He served as Chairman of the Executive Committee of the Anti-Cancer Council of Victoria (1974 80) and President of the Victorian Foundation on Alcoholism and Drug Dependence (1970-82).

Dunlop's friendship with Lord Casey led to his involvement in the Colombo Plan. He taught and undertook surgical work in Thailand, Ceylon and India. He encouraged and promoted the training in Australia of Asian medical personnel and was an active member of the Australian-Asian Association of Victoria. His involvement in Indian medicine was particularly strong and he was made an Honorary Fellow of the Indian Association of Surgeons in 1972. Inl 969 he was Team Leader of the Australian Surgical Team to South Vietnam.

Dunlop maintained an ongoing concern for the health and welfare of former POWs of the Japanese (many of whom were his patients). He supported individuals making pension claims and advised and lobbied governments on their behalf. He was Chairman of the Prisoners of War Trust Fund from l969-77. Dunlop also remained active with ex-prisoner of war and veterans associations, being for a time federal president of the Ex-POW Association of Australia. He addressed numerous reunions, meetings and ceremonies both in Australia and overseas. In his later years he led commemorative tours to the Burma-Thailand railway. He came to reject hatred of his former captors and promoted reconciliation with the Japanese.

Dunlop was also a patron, member and supporter of numerous social, educational and sporting associations. These included the Freemasons, Ormond College and the Melbourne Scots.

Gregarious by nature, Dunlop maintained a wide circle of friends and acquaintances in Australia and overseas and was to be seen at many social occasions. He was a diligent letter writer and conscientious in sending Christmas cards.

During the course of his life Dunlop received numerous honours and awards in recognition of his civic, sporting, educational, military and medical achievements. These included the Order of the British Empire (1947), Knight Batchelor (1969), Companion of the Order of Australia (1987), Knight Grand Cross, Order of St John of Jerusalem (1992), Knight Grand Cross (1st Class) of the Most Noble Order of the Royal Crown of Thailand (1993). He was an Honorary Fellow of the Imperial College of London, an Honorary Fellow of the Royal College of Surgeons of Edinburgh, Honorary Life Member of the RSL and Life Governor of the Royal Women's Hospital and the Royal Victorian Eye and Ear Hospital. In 1977 he was named Australian of the Year and in 1988 one ofthe 200 Great Australians.

On 21 April 1988 Helen Dunlop died. She had been suffering from Alzheimers Disease for many years.

After contacting pneumonia, Dunlop died at his home on 2 July 1993. He was accorded a state funeral on 12 July at St Paul's Cathedral, Melbourne. Over 10,000 people witnessed his funeral, attesting to his great public esteem and popularity.