The first Americans arrived in Brisbane on 22 December 1941, and by mid 1943 the number in Australia had risen to 150,000 with the largest concentrations in Queensland near Brisbane, Rockhampton, and Townsville. US naval forces were also frequently anchored at Sydney and Perth, and General Douglas MacArthur, who became the Supreme Commander of South-West Pacific Area on 18 April 1942, initially established his headquarters in Melbourne. The social impact of the Americans was considerable with Australians influenced by American trends in fashion, manufactured goods, domestic technology, and consumerism. Cafés began advertising Coca-Cola, coffee, and hamburgers, hot-dog stands appeared, and American cinema influenced Australian fashion. By the end of 1944, two-thirds of Australia’s imports came from the United States.

American soldiers in the lower ranks earned twice the amount of their Australian counterparts and in the higher ranks the disparity was even more pronounced. These differences in pay scales, their stylish uniforms, and custom of tipping earned them a reputation as "big spenders". Disagreements between Australian and American forces over rates of pay, food rations, women, race relations, and fighting skill caused major confrontations, such as the "Battle of Brisbane" in November 1942. The infamous Leonski "brownout murders" also caused tension between Australians and the American soldiers. 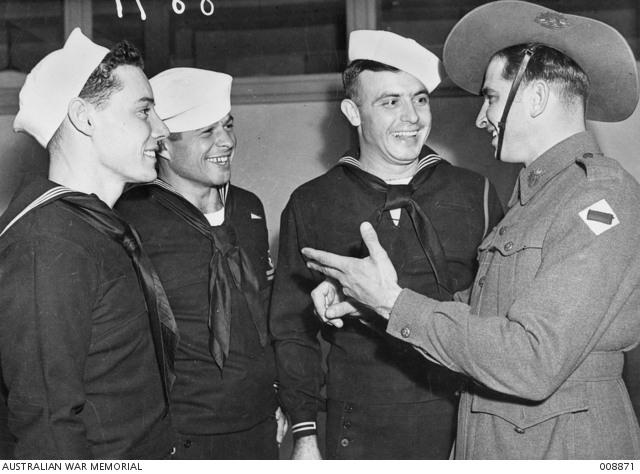