After Federation in 1901 a regimental numbering system was introduced for soldiers in the Commonwealth Military Forces (CMF). Regiments were responsible for issuing their own series of numbers.

Regimental numbers were allotted to non-commissioned soldiers and were generally issued in order, although sometimes they were used out of sequence. Men were issued a fresh number if they were transferred to another unit or corps.

These numbers were not unique. Each infantry battalion and light horse regiment managed its own numbering. Artillery, engineering, ordnance, medical, and service corps assigned numbers that were unique only within their corps. As a result, there was often more than one soldier with the same regimental number.

At the start of the First World War the Australian Imperial Force (AIF) was raised to serve in theatres of war overseas. It was required to issue its own regimental numbers. Each regiment and battalion (as well as various other units) was to allot regimental numbers from “1” upwards to its personnel, although this did not include officers or nurses.

As with the CMF, regimental numbers for the AIF were not unique. For example, at one point there were three different Private Grahams carrying the number 6021.

AIF orders did not require that soldiers be issued a new number if transferred to another unit. However, some units continued the pre-war CMF practice of issuing fresh numbers to reinforcements. This resulted in the Deputy Adjutant and Quartermaster General issuing the following instructions in a November 1915 telegram:

Units at Anzac are still in many cases changing the numbers of reinforcements joining their Units. Please issue strict orders that the number allotted to any man in Australia must be retained in every case otherwise the work in Records Section impossible. Where such changes have been made the change should be cancelled and the original number reallotted. Duplication of numbers in Units cause less confusion than is caused by alteration. General Carruthers.

Orders were later issued that soldiers reallocated to other units would retain their original number, with an “A” or “B” added to that number if it had already been allotted to another soldier within that unit. Members of the Royal Australian Naval Bridging Train (RANBT) who transferred to the AIF when the RANBT was disbanded had the prefix “N” added to their original regimental number, and soldiers assigned as reinforcements to another unit kept their original number prefixed with “R” to prevent duplication.

In 1917 and 1918 reinforcements raised for the AIF were allotted numbers from 50,000 to 80,000, and from this point regimental numbers were not duplicated.

The regimental numbering system was repealed in 1921 and was replaced with a system of unique army numbers. 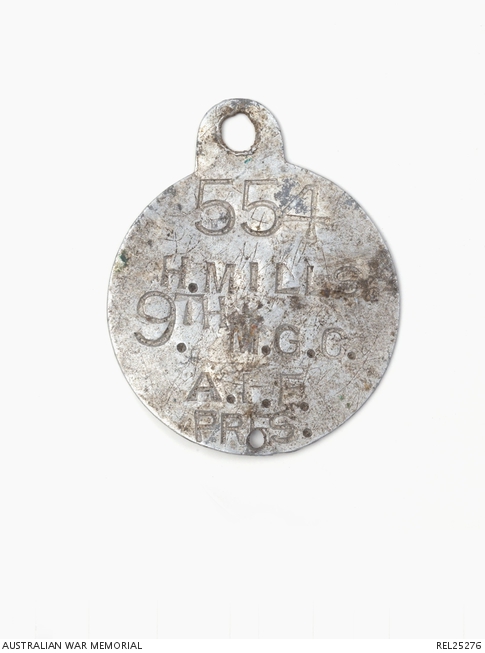