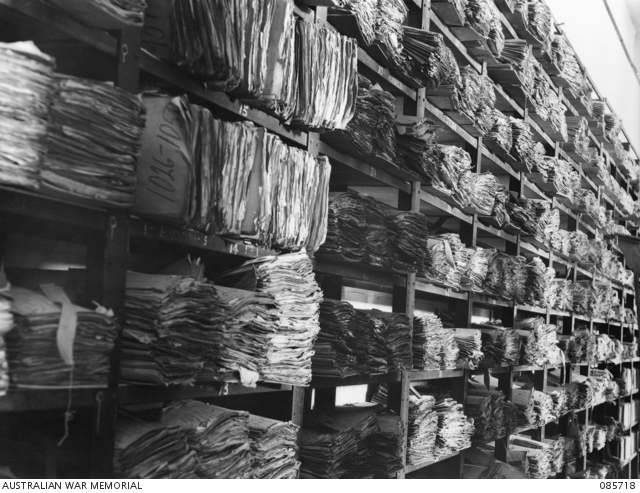 The two main repositories for Commonwealth official records relating to Australia at war are the Australian War Memorial in Canberra and the National Archives of Australia (principally the Canberra and Melbourne offices).

Collections of similar records which document the activities of a particular official, agency, organisation or person are grouped together in series. These often preserve the original recordkeeping arrangements of the creating organisation. In some cases this reflects a highly organised subject-based arrangement, while other series have a much more general grouping of records.

Each series held by the Memorial has a title and a series number prefixed with “AWM”; for example, Pre-Federation and Commonwealth records (AWM 1). Series are often referred to simply by their series number.

Series are divided into items (usually individual files) which are assigned a control symbol (usually the file number).

Official records at the Memorial

Official records do not generally include items created by an individual in a private capacity, such as private letters and diaries.

Official records held at the Memorial are listed and described on RecordSearch, the National Archives of Australia’s collection database.