The Recessional was an ode written by the English poet Rudyard Kipling in 1897. It was originally published in the Times of London for Queen Victoria’s diamond jubilee.

The poem struck a chord and speedily became an imperial hymn opening with the words God of our fathers, known of old … and set to the tune Melita.

It was composed just in time for use in the commemoration of the dead from the South African War and has since become even more famous as the source of the often quoted words Lest we forget in Anzac Day ceremonies to commemorate the dead of the two world wars. 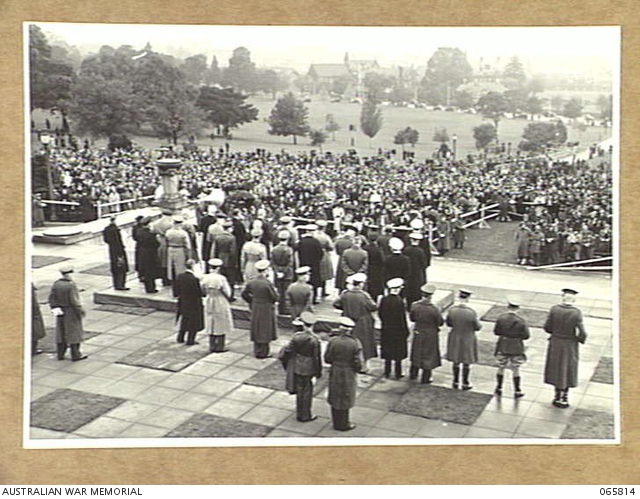 The Shrine of Remembrance during the playing of the recessional at the Anzac Day commemoration ceremony in Melbourne on 25 April 1944.  C58503