The Queen's Scarf in the Memorial's collection is one of eight scarves crocheted by Queen Victoria in 1900. Four of the scarves were intended by her to be presented personally to private soldiers in the colonial forces taking part in the Boer War, however she died before this could take place.

Awards were made to soldiers from Australia, Canada, New Zealand and South Africa. The remaining four scarves were all presented to men of the 1st Brigade, 2nd British Division. Although popular mythology has suggested that this award was the equivalent of the Victoria Cross this is not supported by evidence.

Private A. Du Frayer of the NSW mounted rifles, wearing the Queens Scarf, awarded for bravery in South Africa.  C53600 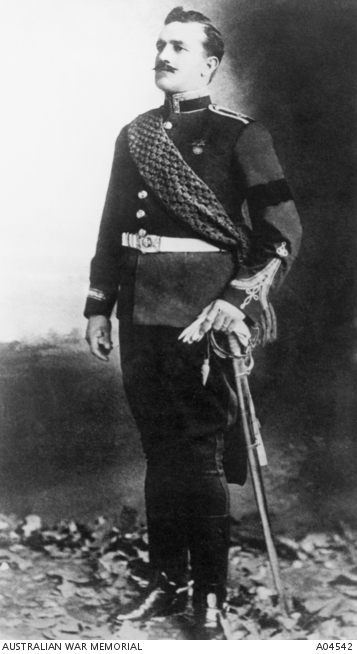