Assembly of Lockheed Hudsons at RAAF Station Richmond being undertaken by members of No 2 ... 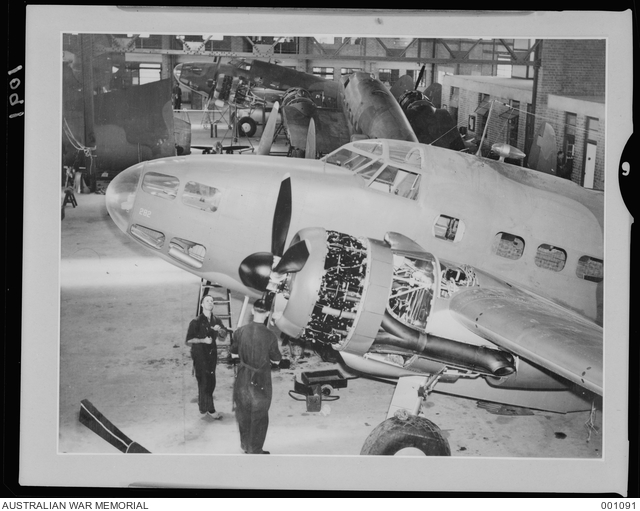 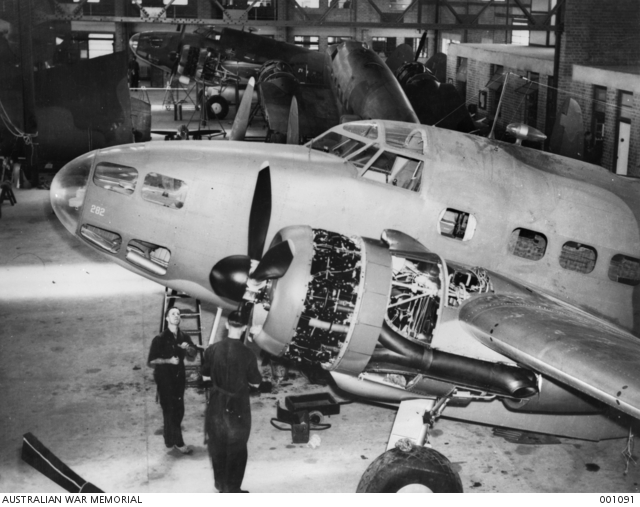 Assembly of Lockheed Hudsons at RAAF Station Richmond being undertaken by members of No 2 Aircraft Depot (2 AD), after being received in component form from America. Hudsons were also assembled at No 1 AD at RAAF Station Laverton in Victoria. The Hudson aircraft in the foreground carries a three-digit constructor's number (282) on its nose, rather than the normal four-digit version, suggesting that this is Hudson A16-31. This aircraft, along with A16-7, -22 and -29, was issued from Richmond to 14 Squadron at RAAF Base Pearce, WA on 4 April 1940. The four Hudsons were ferried back to Pearce by Flying Officer Anthony Daniel (killed when his Anson A4-4 crashed on Mt Torbreck, Vic on 16 May 1940) and Pilot Officers Charles C Learmonth (killed in a flying accident on 6 January 1944 off Rottnest Island, WA), WN Lampe and PGR Parry. Just over a month later, A16-31 was damaged in a landing accident on 16 May 1940, when it struck a cross wind on landing and ground looped. The starboard mainplane hit the ground and the Hudson bounced onto its port mainplane. The crew appear to have been uninjured but the Hudson was converted to components.