Aitape, New Guinea. 24 October 1943. A photograph found on the body of a dead Japanese soldier ... 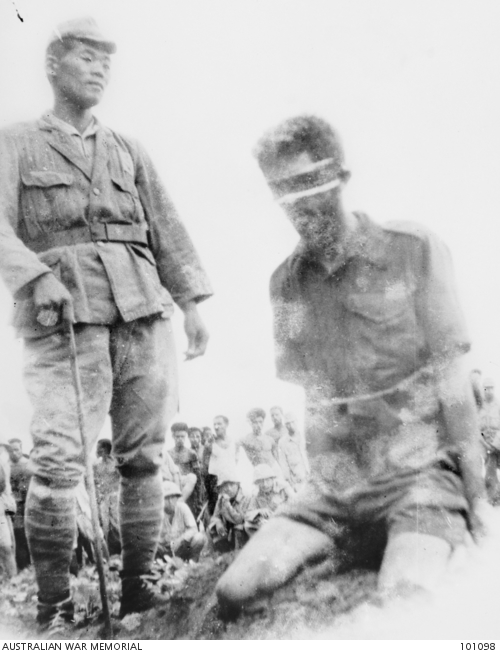 Aitape, New Guinea. 24 October 1943. A photograph found on the body of a dead Japanese soldier showing NX143314 Sergeant (Sgt) Leonard G. Siffleet of "M" Special Unit, wearing a blindfold and with his arms tied, prior to being beheaded with a sword. The Japanese soldier to Siffleet's left is Chief Petty Officer Watanabe Teruo. A group of local men and Japanese stand and crouch in the background. The execution was ordered by Vice Admiral Kamada, the commander of the Japanese Naval Forces at Aitape. Sgt Siffleet was captured with Private (Pte) Pattiwahl and Pte Reharin, Ambonese members of the Netherlands East Indies Forces, whilst engaged in reconnaissance behind the Japanese lines. The executioner, Yasuno Chikao, died before the end of the war.