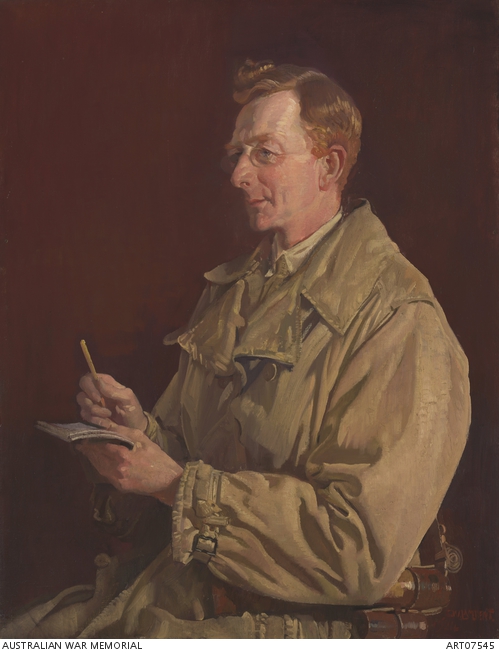 Painted after Lambert's return from accompanying the 1919 Australian Historical Mission to Gallipoli. The Mission was headed by WWI war correspondent CEW Bean. Charles Edwin Woodrow Bean, MA, BCL (Oxon), LittD (Melb), journalist and historian, was the official war correspondent for Australia 1914-1918, and official historian of Australia in the First World War. He conceived the idea for an Australian War Memorial Museum. He was on the Committee and Board of the Memorial from 1919, and was Acting Director. The portrait depicts Bean wearing an army greatcoat and holding a pencil and notebook.