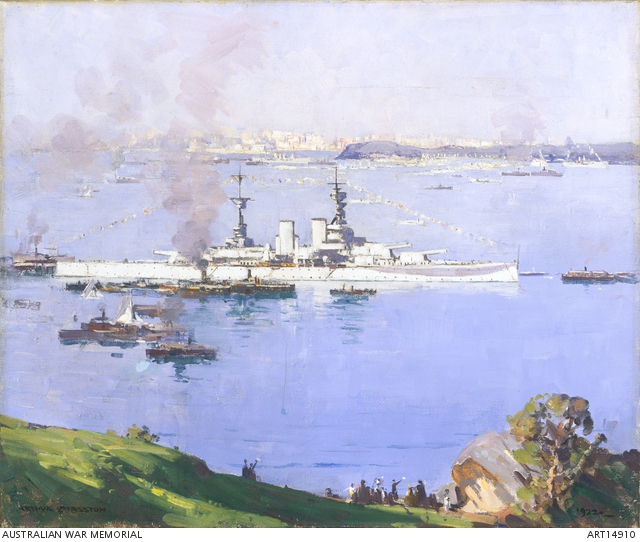 HMS Renown, Sydney Harbour shows the ship anchored in the Athol Bight having brought the Prince of Wales to Australia. It was painted from the North Shore and shows the Domain, Elizabeth Bay and Garden Island in the background. Although the work is not directly related to the war, it was thought that'...there was some connection between the Prince of Wales' visit and the war that preceded it [and] that a good painting by Streeton of a Naval subject would add to the interest of the pictures...exhibited in the Naval gallery'. Depicts Royal Navy battlecruiser, anchored in Athol Bight, Sydney Harbour, during HRH Prince of Wales' (later King Edward VII) tour; Elizabeth Bay and Garden Island in background.