Showers in a ruin 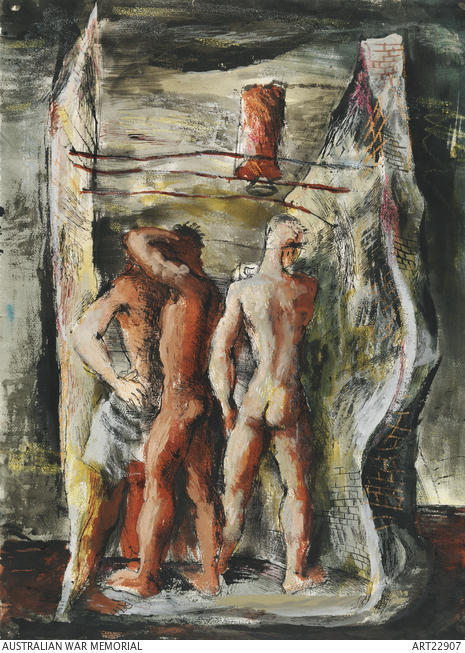 In 1942 Donald Friend enlisting with the AIF, was posted as a gunner to the artillery unit near Albury. In 1945, he was selected for appointment as official war artist. He travelled to Morotai, Labuan and Balikpapan, recording sights which confronted him and drawing in particular on the expressive potential of human form. Friend was extraordinarily prolific, producing 53 paintings and 143 drawings for the Memorial. In August 1945 he travelled to Balikpapan in Borneo. The Army and RAAF lived amongst the ruins of Balikpapan. This work depicts a number of men in a primitive shower made between wrecked walls and burnt wood. On 13 August in his Diary Friend noted; ' Another dull, cool, grey day. I worked on a picture of boys in the showers- an excuse for the pleasure of drawing nudes'.