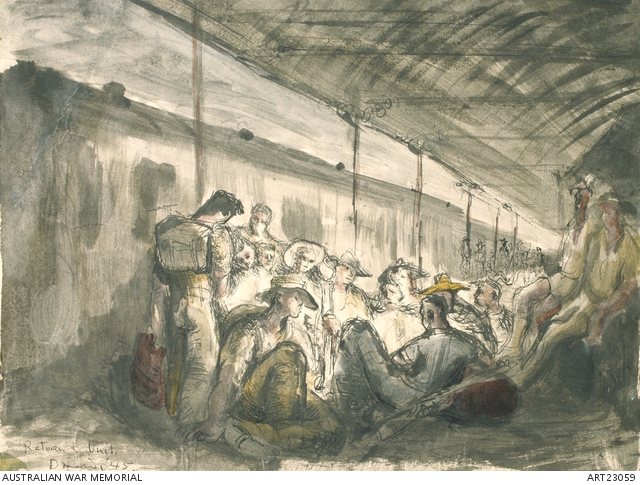 Troops by their thousands passed through Albury. The change of railway gauges at the border meant changing trains, and the long Albury platform became familiar territory to troops who frequently had to spend long hours waiting for connections. The boredom of waiting could always be lessened by a game of cards under feeble glow of the platform light. In 1942, Donald Friend enlisting with the AIF, was posted as a gunner to the artillery unit near Albury. Friend was initially at the Hume Army camp and stationed there until mid-1943.In 1945, Friend was selected for appointment as official war artist. He travelled to Morotai, Labuan and Balikpapan, recording sights which confronted him and drawing in particular on the expressive potential of human form. Friend was extraordinarily prolific, producing 53 paintings and 143 drawings for the Memorial.