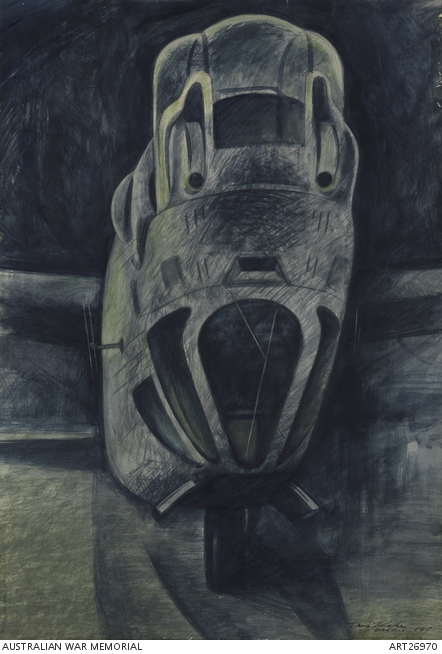 Thake's view of a Consolidated B24 Liberator aircraft in Darwin, seeing the machine as some sort of crouching giant insect. Eric Thake was one of three artists appointed by the RAAF Historical Section in 1944 and 1945 to document the latter part of the war as it affected the RAAF.