Study for a poppy from Lone Pine 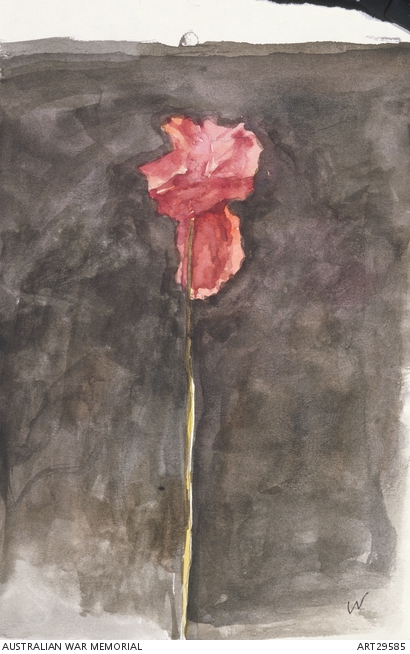 Bryan Westwood travelled to Gallipoli in 1990 on a pilgrimage with a group of First World War veterans in conjunction with the 75th anniversary of the landing at Gallipoli. Westwood saw this poppy at dawn at Lone Pine and was moved by its beauty. The poppy is significant as a flower which represents remembrance and commemoration.
The Battle of Lone Pine would result in over 2,000 Australian casualties.