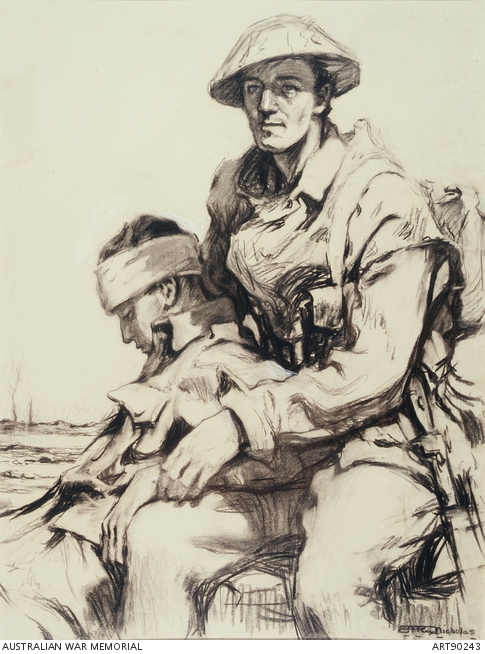 Hilda Rix Nicholas was studying in France at the outbreak of the First World War and was evacuated to London. She experienced the tragedy of war first hand; her husband, Major George Matson Nicholas was killed in action five weeks after they were married in 1916. Her mother and sister also died during the war and the grief she experienced is expressed in her work. Rix Nicholas returned to Australia in 1918 and took a studio in Mosman in 1919. She made drawings of soldiers who had returned from the war and were yet to find employment. The men who modelled for 'In France' were among these.