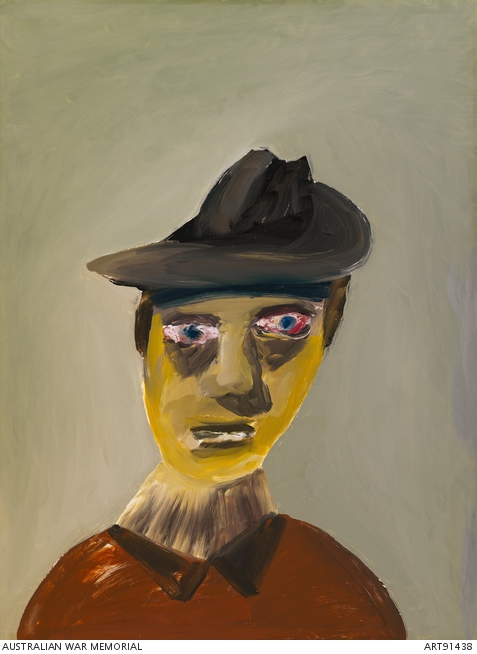 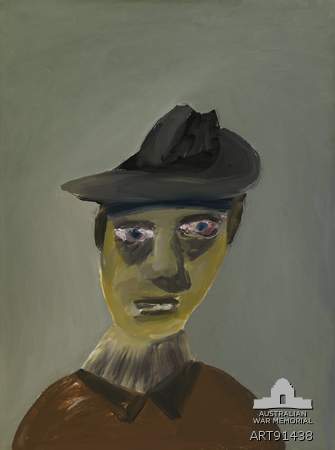 Head of Gallipoli soldier with bloodshot eyes. The bright colour of the background belie the portrait of the soldier. He appears to be in a state of shell-shock. It is reminiscent of his 'Head of a soldier', 1942, in the collection of the National Gallery of Australia, which represents Nolan's reaction to the Second World War as lunacy. When Nolan returned to the 'Gallipoli' series in 1977 the portrait types of soldiers had lost their spark of innocence and somehow felt tarnished. Time had caught up with their innocence and Australia's and disenchantment had set in. They appeared corrupted by what they had experienced and seen at Gallipoli.