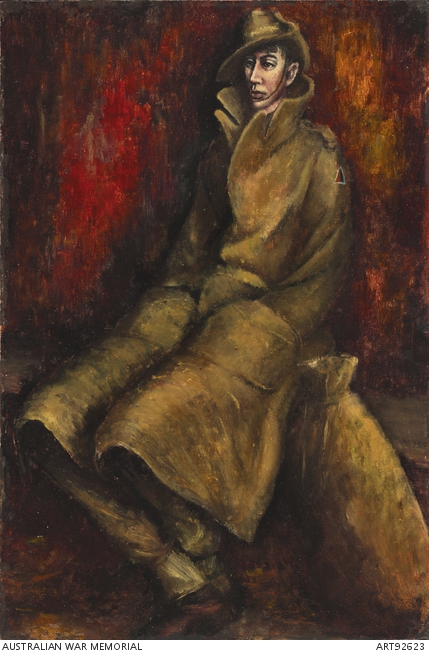 Depicts a seated portrait of an Australian soldier in uniform.

Albury train station became a notable source of inspiration for Drysdale. As the intersection where the railway lines changed gauge between Victoria and New South Wales, it became an important stopover for Australian servicemen. Troops were often stranded there for hours, and Drysdale observed them huddled in groups, sleeping, or chatting to one another.

Drysdale's painting 'Soldier' is monumental in its simple composition. Recreating the familiar scene at of a soldier waiting with his hands in the pockets and kitbag by his side at Albury Station, he capture the loneliness and uncertainty of the tired soldier, waiting for the train to take him to his next posting.