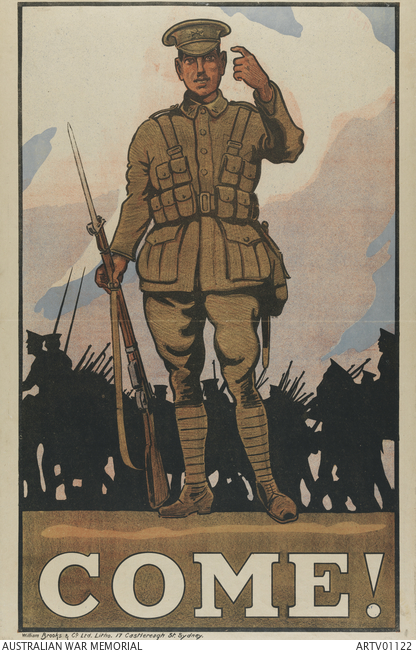 An Australian First World War recruitment poster . This design is a good example of a simple message combined with an straightforward image, which recruiting authorities believed characterised the most effective posters. This poster reappropriated an illustration for a British recruitment poster which carried the caption 'An appeal to you' (ARTV00450). The soldier's uniform has been altered to appropriately represent an Australian soldier, but his finger gesture beckoning eligibles to enlist and the troops marching onward behind him are all the same as the British poster.