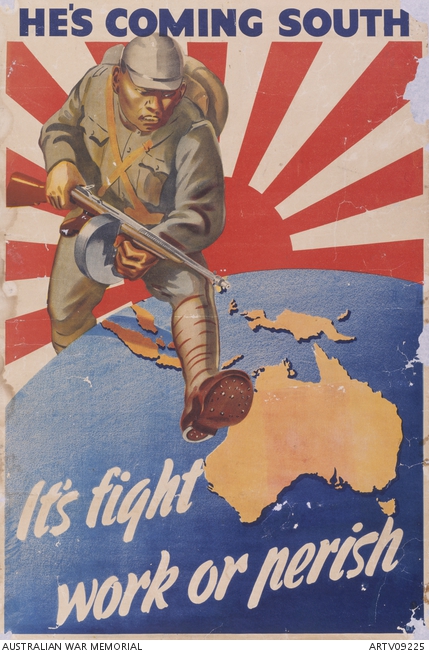 Propaganda poster referring to the threat of Japanese invasion. A Japanese soldier is striding across the globe towards Australia with the Imperial Japanese flag behind him. He is armed with a submachine gun and is about to stomp on Australia. This work highlights the psychological impact the Japanese advance had upon the Australian population, and the poster was considered so alarmist that it was not released in Queensland or Melbourne. During the Second Wold War it was assumed that the Japanese would continue their southward advance and invade and conquer Australia. It is now understood that although the Japanese authorities did briefly consider invading the northern part of Australia they ultimately decided to pursue a plan of isolating Australia, as they realised their military resourses would not be strong enough to hold all their conquered territory.