Group portrait of three Indian troops and a Gurkha (far right), all unidentified, at Walden ... 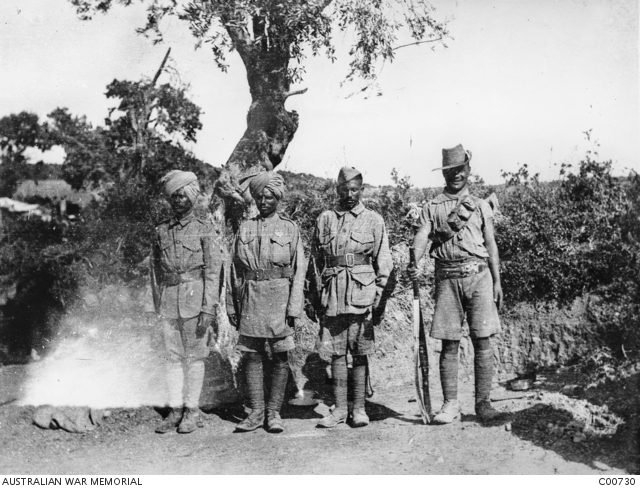 Group portrait of three Indian troops and a Gurkha (far right), all unidentified, at Walden Grove, Gallipoli Peninsula. The first two soldiers on the left are Sikhs. The third soldier from the left is wearing an Australian jacket and a forage cap of the type that was issued to Australians before the service dress cap. The Gurkhas are of Nepali tribal origin; their fighting ability first attracted British attention in 1814 when they raided Bengal and Bihar, then under the control of the East India Company. They have fought for Great Britain since the Regiment of Gurkhas was established in 1815. About 100,000 Gurkhas fought in various theatres of the First World War.