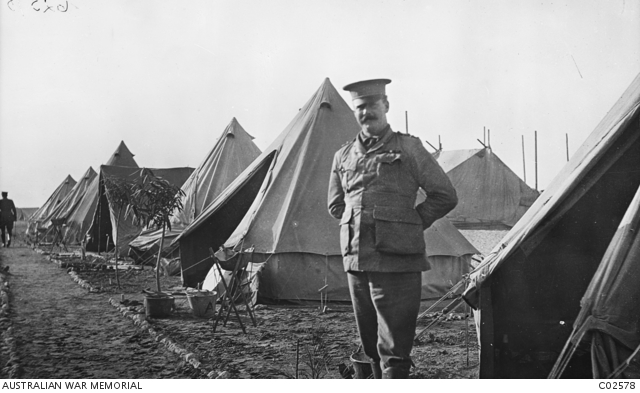 Outdoor portrait of veterinary surgeon Captain Henry Oswald Oliver, Australian Army Veterinary Corps, in the officers' lines of the camp of the 1st Australian Light Horse Brigade at Maadi, outside Cairo. In August 1915 he was deemd to be medically unfit and was returned to Australia. In 1917 he re-enlisted and joined the 35th Battalion with the rank of Private. Private Oliver was later taken prisoner of war and reported as dying at Munster Prisoner of War camp on 20 August 1918. He was aged 43 years.