A captured British Mk IV female tank being used by the Government troops during the Sparticist's ... 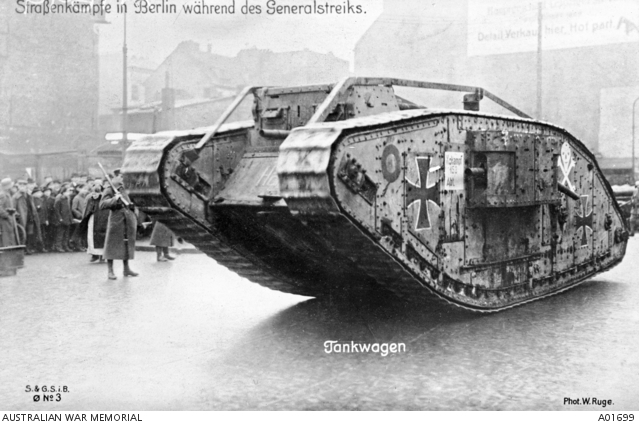 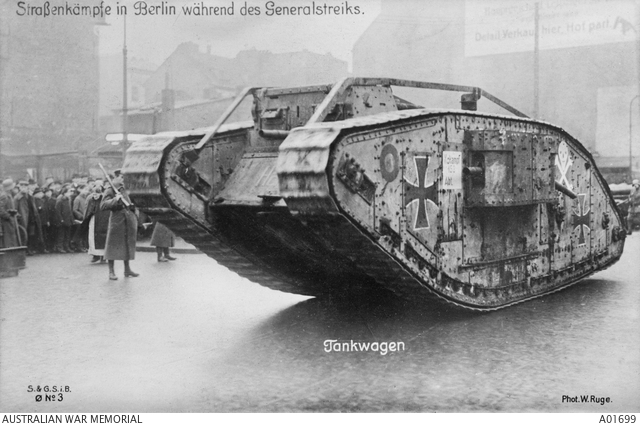 A captured British Mk IV female tank being used by the Government troops during the Sparticist's riots. Note the two German crosses and skull and crossbones on the side of the tank. The Spartacus League renamed itself the German Communist Party and called for a general strike of the workers in January 1919. A volunteer group of 3,000 former soldiers, called the Free Corps, was called in to restore order. They fought against the Red Front (Communist) soldiers in hand to hand combat on the streets of Berlin. The leaders of the Communists, Liebknecht and Luxemburg, were dragged from their hiding place and murdered in the Tiergarten park in the center of the city. Luxemburg's body was thrown into the Landwehr Canal. A monument to Luxemburg now stands in the Tiergarten.