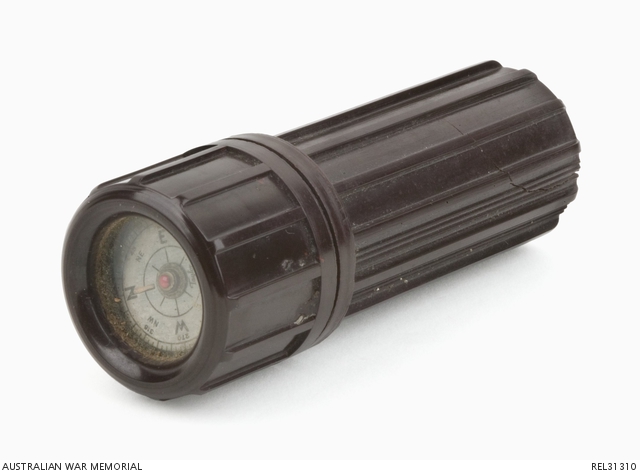 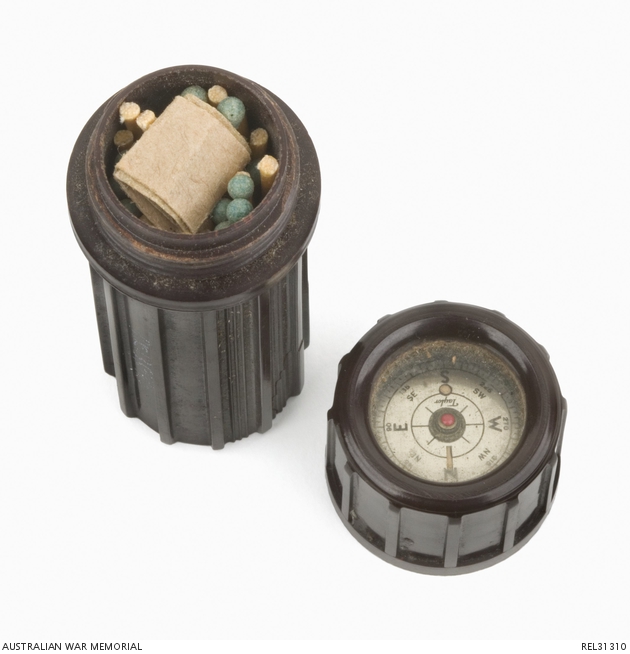 A brown plastic screw top tube containing waterproof wax matches and a folded strip of sandpaper. Set into the top of the lid is a compass. The base of the tube is marked with 'US' and has a striking strip for lighting the matches.

Associated with the service of 422863 Flight Lieutenant Colin Cecil Linn, born 14 April 1915 in Mount Gambier, South Australia. In February 1942 Linn enlisted in the militia as a private and was assigned service number N334129. In May he was discharged from 2 Military District Base Postal Unit and joined the Royal Australian Air Force. In 1943 Linn qualified as an air observer and navigator. On 13 June he completed a flight in Avro Anson W2486, the nose and cockpit section of which is held in the Australian War Memorial’s collection (REL/20185.001, REL/20185.002). Linn served with 66 Squadron in Bundaberg and 73 Squadron in Nowra before being posted to Port Moresby in April 1944 where he trained to be flight crewman in B24 Liberator bombers with the 5th United States Army Air Force (USAAF). Linn returned to Australia and continued to fly USAAF aircraft with 529 Squadron and 21 Squadron. He was discharged from 7 Operational Training Unit on 21 December 1945.