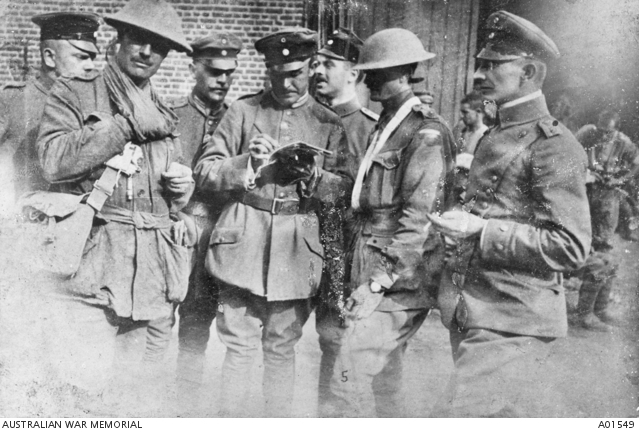 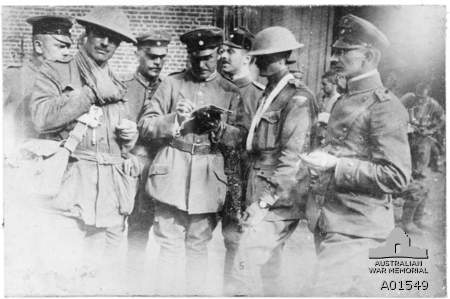 Two wounded Australian officers, Captain R A Keay of the 32nd Battalion (left) and Captain C Mills of the 31st Battalion being interrogated by German officers at the German collecting station on the morning of the 20 July during the Battle of Fleurbaix which took place on 19 July 1916 and 20 July 1916.