Group portrait of officers of the 31st Battalion, on board A62 HMAT Wandilla enroute to Egypt. ... 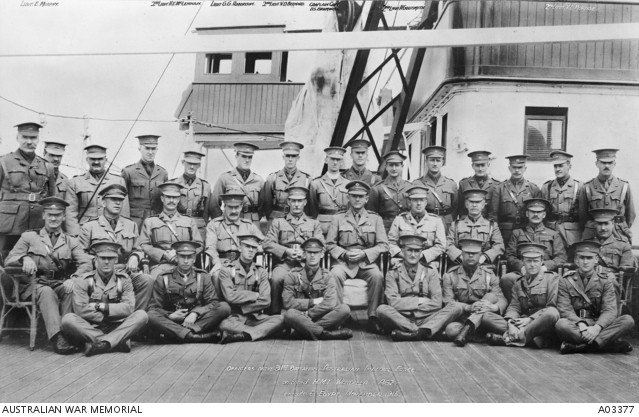