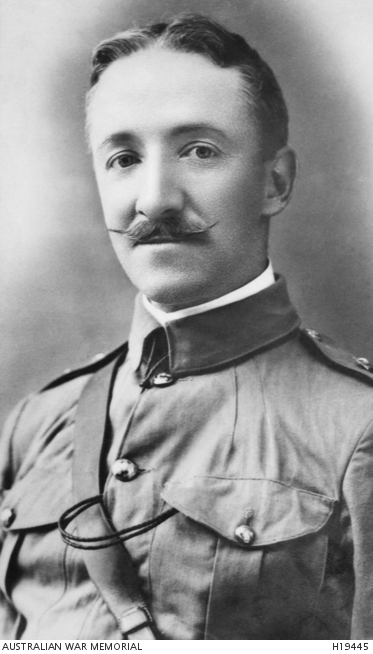 Studio portrait of Lieutenant Colonel (Lt Col) George Frederick Braund, VD, Commanding Officer of the 2nd Battalion. Braund was killed on 4 May 1915; he was accidentally killed by an Australian sentry when he failed to respond to the sentry's challenge. Lt Col Braund came from Neutral Bay in Sydney and was a Member of the NSW Legislative Assembly for Armidale. Prior to enlisting on 17 August 1914 he served with the 13th Infantry, Citizens Military Forces. Lt Col Braund embarked from Sydney with the Headquarters Section aboard HMAT Suffolk on 18 October 1914.